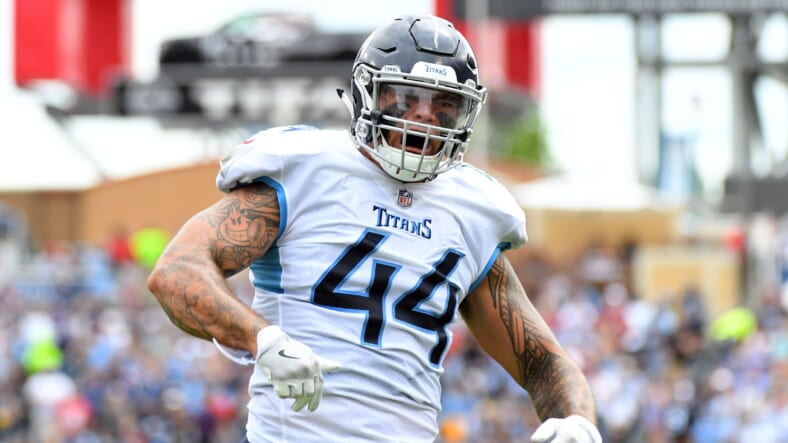 The New York Giants defense has performed above their weight class this year, but there are still pieces that need to be added to the unit.

Recent free-agent signing Blake Martinez leads the linebacker corps, but things drop off significantly behind him. Devante Downs escaped camp as the expected starter, but seventh-round pick Tae Crowder quickly replaced him. Normally, you wouldnâ€™t want the last pick in the NFL draft to be starting on your defense in his rookie season, but the Giants havenâ€™t had a choice considering his adequate coverage abilities.

So far this year, Crowder has eight combined tackles and a 57.1 completion percentage against, giving up just 49 yards. Paired up with Martinez, who has been tasked with stopping the run primarily, Crowder can drop into coverage and utilize that his athleticism in space.

Until David Mayo returns from the injured list and is completely healthy, Crowder will likely remain in his starting role. Though Mayo is a predominant run-stopping linebacker, so I donâ€™t think defensive coordinator Patrick Graham will be too eager to insert them into Crowder spot.

Nonetheless, if the Giants feel as though they need to bolster the unit, they could look to Tennessee Titans linebacker Kamalei Correa.

#Titans veteran LB Kamalei Correa has requested a trade after being inactive last night, sources tell me and @TomPelissero. Correa has played 39 snaps on defense this season and wants to get an opportunity elsewhere. Team has obliged and will release him if they can't trade him.

Should the New York Giants consider a trade?

Correa is in his sixth NFL season, playing in all sixteen games last year with the Titans. He racked up 37 combined tackles, five quarterback hits, and 5.0 sacks. Correa is not a coverage linebacker by any means, making him another option behind Blake Martinez and David Mayo.

With that being said, the Titans have committed to either trading or releasing him if they donâ€™t find any suitors. I donâ€™t think that Big Blue will have any interest in Correa, considering his similar skill set to Martinez and Mayo.

Nonetheless, it is worth taking a look at him and what he brings to the table. At this point in time, the Giants are in need of a coverage linebacker, but I think they will stick with Crowder and give him the experience to cement the position in 2021, hopefully.