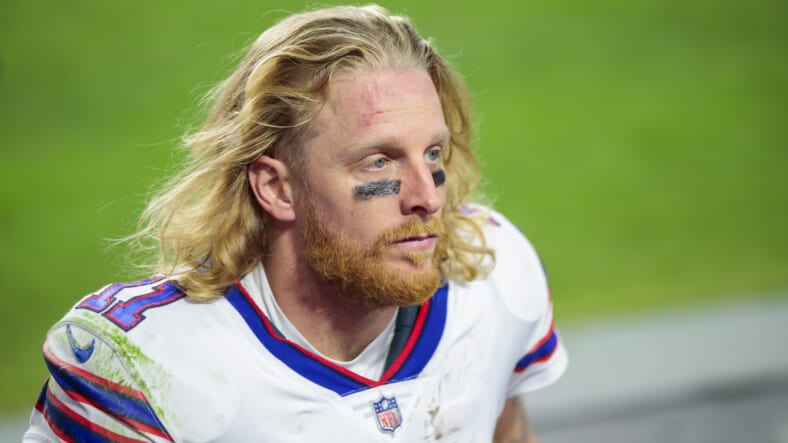 What Cole Beasley could bring to the Giants:

Cole Beasley is a veteran free agent that could make sense for the New York Giants. Beasley most recently played with the Buffalo Bills under the toolage of Brian Daboll. Beasley’s connection to new Giants head coach Daboll could be a reason to bring him to the Big Apple.

Cole Beasley was productive for the Buffalo Bills last season. He hauled in 82 receptions on 112 targets for a total of 693 receiving yards and one receiving touchdown. He played in 16 games last year, starting eight of them, and seeing a fair share of playing time as a slot receiver in Daboll’s offense.

New York Giants fans should be familiar with Cole Beasley. The veteran spent seven of his ten years in the NFL playing for the Dallas Cowboys as a primary slot receiver. Beasley is a scrappy, shifty player that could provide the Giants with high-quality depth. He may not still be a quality starter, but as a fifth or sixth receiving option, there are not many players more qualified for the role than Cole Beasley.

In 149 career games with the Bills and the Cowboys, Beasley has caught 550 passes for 5,709 yards and 34 touchdowns. At this stage in his career, Cole Beasley could still be a solid depth piece on the Giants’ roster. Recent injuries to Collin Johnson and other talents demonstrate the need for more backup receiving options. However, the Giants are low on salary cap space and would need to make some releases before they could afford Cole Beasley. This might make it unrealistic for the Giants to pursue Cole Beasley ahead of Week One.