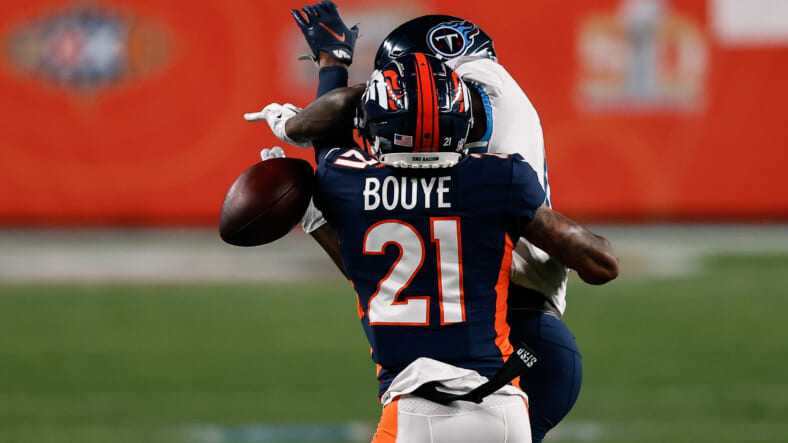 The New York Giants are entering a crucial roster-building offseason. The Giants were just one win away from making the playoffs in 2020, despite finishing with a 6-10 record. New York was close to getting over the hump and turning things around. However, they ultimately fell short.

The Giants do not seem to be far off of a good team. If New York can add a few extra pieces this offseason, they could establish themselves as playoff contenders in 2021. But there are a few holes for New York to patch up before the season rolls around. One area of weakness that the Giants need to address is their second cornerback position.

James Bradberry was one of the best cornerbacks in the NFL in 2020. But opposite of Bradberry, the Giants had a revolving door of cornerbacks starting on the outside. Whether it was Cory Ballentine, Isaac Yiadom, Ryan Lewis, or Julian Love starting at the Giants’ second cornerback position, the team had to endure inconsistent play from that position all season long.

There are a few solutions for the Giants to pursue at the cornerback position. According to Ralph Vacchiano of SNY, it is unlikely the Giants are going to draft a cornerback with the eleventh overall pick in the 2021 NFL Draft. If New York is going to upgrade their cornerback position, it seems likely that they would do it through free agency.

Fortunately, this year’s free-agent cornerback market has a fair amount of veteran talent for the Giants to pursue. One additional cornerback has recently been added to the market: A.J. Bouye. The Denver Broncos cut Bouye this week after one season with the team. Now 29-years-old, A.J. Bouye is a veteran cornerback that is still playing at a high level and could be a target for the Giants in free agency.

A.J. Bouye was, at one point, one of the best cornerbacks in the NFL. Bouye had a career year as a member of the dominant 2017 Jaguars defense. That season, Bouye made his first Pro Bowl appearance, totaling 6 interceptions, 18 passes defended, and 56 combined tackles.

Since 2017, Bouye has struggled to return to that elite form. But he is still a savvy veteran playing at an above-average level. In seven games this season with the Broncos, A.J. recorded 6 passes defended and 23 combined tackles. Bouye was targeted in coverage 35 times in 2020, allowing 23 receptions for 273 yards and only 2 touchdowns.

Putting A.J. Bouye opposite of James Bradberry would give the Giants one of the best cornerback duos in the NFL. Those two cornerbacks plus the Giants’ trio of talented safeties in Logan Ryan, Jabrill Peppers, and Xavier McKinney, could shape into a top-five secondary in the NFL.

The Broncos saved $13 million in cap space when they cut A.J. Bouye. His last contract was lucrative, but now, it is expected that Booye’s next contract will see a significant pay decrease. If the New York Giants can sign A.J. Bouye to an affordable contract, he could be the player to take the defense to the next level.