Should the New York Giants draft CB Patrick Surtain at 11? 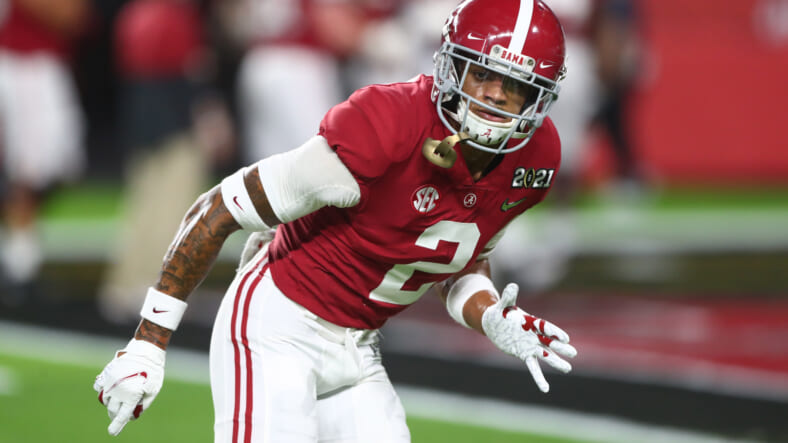 The connection between New York Giants head coach Joe Judge and the Alabama football program is obvious. As a former disciple of Nick Saban, Judge has brought over a ton of tendencies and disciplines from his former mentor. In fact, the way heâ€™s run the organization over the past year speaks volumes about the methods he was taught and how to translate them to the football field.

Despite the Giants finishing the season 6-10, there is room for optimism and hope. The defense ranks ninth in overall points allowed per game, far above their expected efficiency. While the offense struggled, Â injuries and a lack of talent disrupted their flow and production.

However, the Giants went out and signed Kenny Golladay to be the WR1 for quarterback Daniel Jones and landed CB Adoree Jackson to pair with James Bradberry on the opposite side of the defense. Ultimately, the signings open up the draft for the Giants completely, allowing them the flexibility to go BPA or fill an essential need on the offensive line, for example.

The media has reported many different players in connection with Big Blue, but their intentions are hidden for now. With that being the case, there is one player that would make sense for the Giants based on Judgeâ€™s connection with Saban at Alabama. You could make the argument that both Jaylen Waddle and DeVonta Smith will be considered, but cornerback Patrick Surtain is also in consideration.

The Giants reportedly like Surtain, who is a five-star recruit out of college and a three-year starter at Alabama. He is projected as an outside corner, a position to Giants filled with Jackson in free agency. However, cornerbacks often take a few years to develop in the NFL, and giving him that cushion behind Jackson would not only set the Giants up perfectly for the future but give Patrick Graham plenty of weapons to work with on defense.

With Jacksonâ€™s problematic injury history the past few seasons and Grahamâ€™s desire to rely on man-coverage historically, Surtain could 100% be the selection, but it might not be the most efficient one. Either way, they would be getting a skilled press-man-coverage corner who can fit most schemes and is fantastic at interrupting passing lanes.

The Giants are reportedly interested in CB Patrick Surtain at 11… here’s what I think about it #nyg #giants pic.twitter.com/R4aYD3hAd6

While it might not be the sexy pick, it would be a long-term solution at a position that is widely considered weak across the NFL. Having three potential CB1s on any given team holds astronomical value.