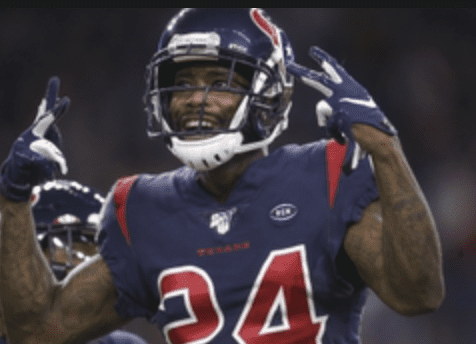 It is no secret that the New York Giants have a problem at the cornerback position, opposite James Bradberry. While Bradberry has been phenomenal this season, he struggled against a strong Tampa Bay Buccaneers team, but overall, he has been worthy of number one status and has played at a Pro Bowl level.

However, the Giants have failed to find him an adequate pairing, rotating through options like Corey Ballantine, Isaac Yiadom, and Ryan Lewis.

The Giants started off the season with Ballentine as their starting corner opposite Bradberry, and they quickly moved on from him and slotted Yiadom into the position.

General manager Dave Gettleman gave up a conditional seventh-rounder to the Denver Broncos in exchange for Isaac. He was eventually replaced by former undrafted free agent and Ryan Lewis.

Luckily for the Giants, Louis previously had experience with defensive coordinator Patrick Ram in Miami, so he already understood the basics of his scheme.

Nonetheless, an injury held him out of Monday nightâ€™s game against Tampa, but he has been inconsistent as well. The Giants could use another veteran corner on a cheap deal to fill the spot for the rest of the season, as they simply havenâ€™t been able to find an answer just yet.

Should the New York Giants take a flier on veteran CB Johnathan Joseph?

The Tennessee Titans released 36-year-old corner Johnathan Joseph on Tuesday afternoon after failing to find a trade partner for him. Joseph has spent 15 years in the NFL and started six games this season in his first year with Tennessee. He racked up 28 combined tackles, four passes defended, and one interception. He allowed a 56.8% completion rate and four touchdowns, which was a primary reason for his departure.

Despite his lofty touchdown numbers, the Giants could use more help at CB, and bringing in a cheap option like Joseph, who has plenty of experience, could be worthwhile. At the very least, claiming him to the practice squad and letting him develop knowledge of the scheme isnâ€™t a bad idea. The Giants simply canâ€™t continue to rely on Yiadom and Ballentine, so finding a more seasoned option could work out in their favor.