Should the New York Giants be considering WR Curtis Samuel in free agency? 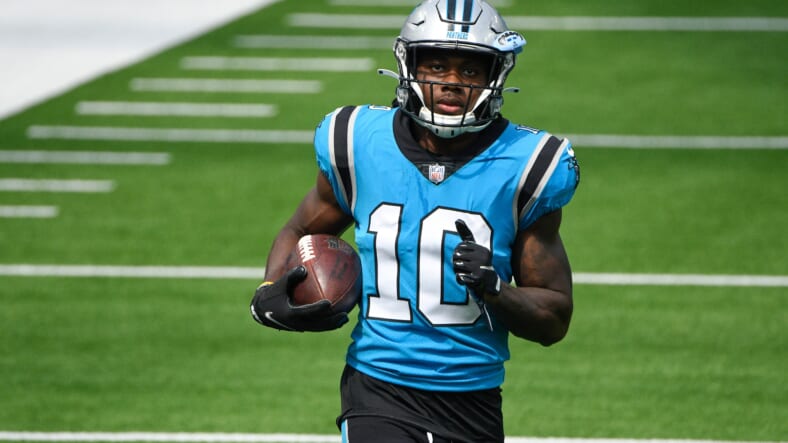 One way or another, the New York Giants are going to need offensive playmakers this off-season. Co-owner John Mara already guaranteed they would be looking to bolster their weakest link, and considering QB Daniel Jones hasnâ€™t had much to work with in his first two years, giving him some support is essential.

Last season, the offense averaged just 17.5 points per game, thanks to poor playcalling by coordinator Jason Garrett, inept pass blocking to protect Jones and inadequate WR separation. The blame is spread around, justifiably so. Luckily, the only direction they can go is up, especially if they go out and find DJ a few more playmakers and gain Saquon Barkley back.

However, free agency has its limitations, especially since the Giants donâ€™t have ample cap space to spend this off-season. They are currently $3 million over the cap, but the expectation is that they will cut Nate Solder and Golden Tate, opening up about $18.5 million to spend. They still have Leonard Williams and his multi-year deal to figure out, plus Dalvin Tomlinson and his future. Wide receiver is the third priority to deal with on the list, but there are players they can target.

While I think they might be priced out of Allen Robinson and Kenny Golladay is expected to be hit with the franchise tag, a player like Curtis Samuel has bubbled to the surface in recent days.

Samuel is an interesting receiver who thrives off pre-snap motion and creative playcalling. In 2020, he played in the slot 399 snaps and out wide 177 snaps. This is a good indication that he can play inside and out, broadening his versatility. With 4.31 speed, he has the ability to create explosive plays at any moment and also act as a vertical threat.

What would Curtis Samuel bring to the New York Giants?

Samuel finished the 2020 season with 851 yards, a career-high, and three touchdowns through the air. He also accrued two rushing touchdowns, putting his total at five. One of the more interesting statistics, he had a 79.4% catch rate, indicating an above-average ability to hold onto the football. He averaged 11.1 yards per reception, so heâ€™s not just a short route runner, he can also push the field.

Specifically, when targeted 20+ yards downfield, he gained 279 yards and two touchdowns last year. He thrives in a short/intermediate game, though, which is not a bad thing when your offensive line is a liability in pass protection. He can create separation adequately and offer quarterbacks like Daniel Jones a security blanket underneath. Since Garrett loves to utilize end-around plays, Samuel would be a benefactor and actually fits well into the Giantsâ€™ offensive scheme.

Most fans would prefer a receiver who can catch 50/50 balls more efficiently, as well as push the field vertically, but Samuel has that athleticism and dynamism to create plays after the catch and dominate in short-yardage situations.

If the Giants could secure his services for no more than $13 million per season, he would likely improve the offense significantly, as long as Garrett can figure out unique and creative ways to utilize him.