One Quarterback The New York Giants Should Target In 2019 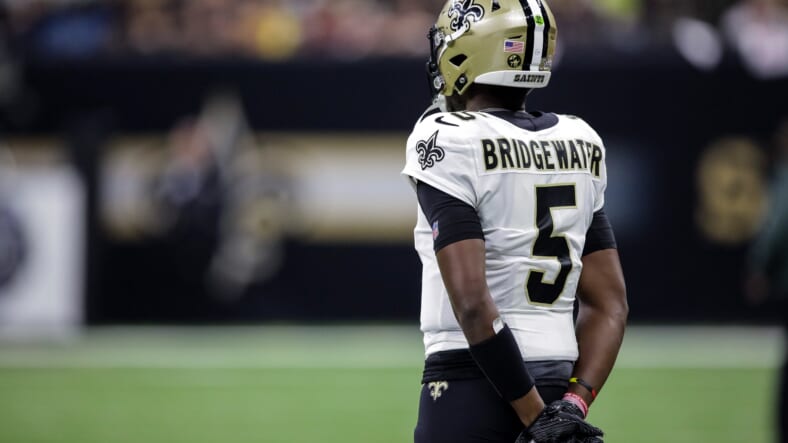 Ideally, the New York Giants would finish the year in a spot to grab the best quarterback available in the 2019 NFL Draft, and if everything falls into place, that will be Oregon’s Justin Herbert. The mobile and deadly accurate passer would immediately change the dynamic of the offense for Big Blue, as defenses would have to honor Herbert’s ability to move out of the pocket, which is something Eli Manning struggles with.

Currently, defenses play a simple cover 2 and keep everything in front of them in an attempt to give their defensive line enough time to get to Manning. This method has worked seamlessly for just about every opponent this year. Unfortunately, changing the quarterback won’t fix every problem on the offense immediately. It’s important to recognize the inability on the offensive line which presents the most pressing issue on the team.

The Giants might not have a chance at Herbert:

One of the more troublesome rumors swirling right now is that Herbert might opt to stay in college and play one more year with the Ducks. This would make the 2020 QB class a monster one, and it would ultimately hurt Herbert monetarily if he chooses to go that route.

Planning for his possible absence would put GM Dave Gettleman in a peculiar spot, and I personally believe going after Teddy Bridgewater would make the most sense. The former Viking and current Saint is very familiar with head coach Pat Shurmur, as he helped mold the passer, and the Giants will desperately need a quarterback after witnessing Manning’s’ obvious inability to find open targets.

The last time Bridgewater started in a regular season game was in 2015, but he showed immense potential this past pre-season with the Jets. So much so, the Saints gave up a third-round pick for him. In 2015, his stats weren’t amazing, but we must realize it was just his sophomore season and his stats already looked better than Manning’s. For the sake of the argument, we will compare Teddy’s 2015 stats to Eli’s 2017.

Now, after taking a look at these numbers, you can clearly see that Bridgewater was playing at a higher level in his second year in the league that Manning played at last year, and this year doesn’t seem to be any better. With an offensive line that’s at least two years from being good, it’s a necessity for the Giants’ next QB to have some sort of mobility.

I would expect that the fifth-year passer will draw a lot of interest next offseason, but his cap-hit wouldn’t be anything out of reach, I would anticipate in the $5-7 million range.

Throw in the fact that he’s currently soaking in the wisdom of Drew Brees and he immediately becomes a highly touted option.