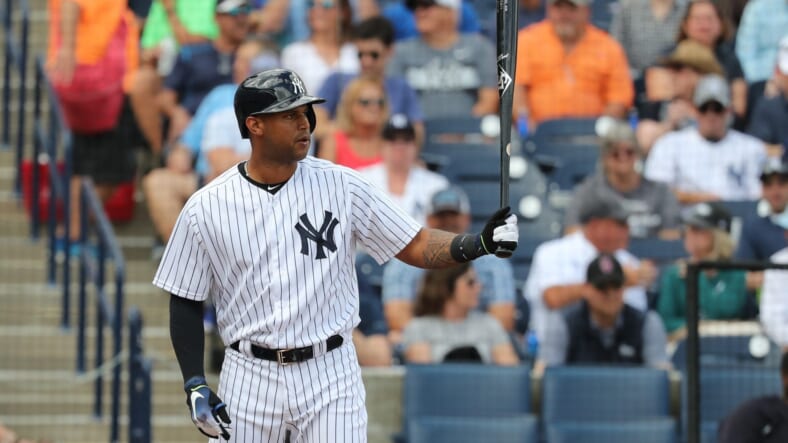 The New York Yankees were scheduled to start the season without centerfielder Aaron Hick, among other outfielders. The delay of the regular season has given Hicks ample time to recover from Tommy John surgery following the 2019 postseason.

The starter played the duration of the playoffs in need of surgery, but dealt with the pain accordingly and finished with a collective .175 batting average with one home run and six strikeouts. His offensive efficiency was clearly affected, but he survived defensively.

Currently, Hicks has begun taking some significant steps forward in his recovery. He posted on Instagram this week, hitting baseballs and swinging a bat. He was also working out on the treadmill and in the gym.

General manager Brian Cashman was optimistic he would be ready if the season starts up again this summer, stating:

â€œI think him playing center field for the New York Yankees this summer is a legit option, as expected,â€Â Cashman said on a virtual charity call. â€œHis timeframe is currently going as planned. We’re excited to get him back, because I think he’s one of the better center fielders in the game, both offensively and defensively.â€

Hicks had a similar timeline for a turn to Didi Gregorius last season, when the shortstop rejoined the Yankees about midway through the year. Hicks is on pace to return in the latter portion of June, and with an expected Opening Day slated for early July, it is very likely he could be the starting center fielder for the Yankees and not miss a beat. He signed a $70 million contract over seven years last season, solidifying his position on the team and ultimately acting as Brett Gardnerâ€™s replacement for the long term.

The Yanks have been dealing with new injuries consistently over the past two years. While Giancarlo Stanton is ready to go, Aaron Judge could still miss time despite a significantly delayed opening.