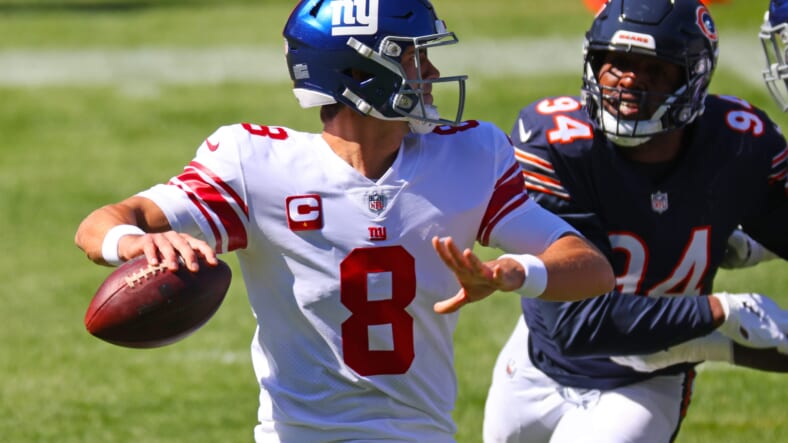 The New York Giants are 3-6 and currently in the middle of their Week 10 BYE Week. At 3-6, the Giants are making a push back into the playoff race. It may be a long shot, however, New York does have a chance to slip in if they can string together some late-season wins. The Chicago Bears are also 3-6. This is important to note as the Giants hold the Bears’ first-round pick in the 2022 NFL Draft.

In the 2021 NFL Draft, the New York Giants traded down with the Chicago Bears in the first round. The Bears landed their next franchise quarterback, Justin Fields, while the Giants landed an electric playmaker in Kadarius Toney.

While the Giants are looking to make a late playoff push, they are currently 3-6 and likely to end the year with disappointment. The same can be said, however, for the Chicago Bears.

Landing two top-ten picks in this year’s draft would be huge for the Giants. The 2022 NFL Draft class is expected to feature a load of offensive line talent. The Giants have a clear need for offensive linemen and with two first-round picks in April, this could be the year that New York’s biggest issue is finally fixed. Players like Evan Neal (OT, Alabama) and Tyler Linderbaum (iOL, Iowa) come to mind. The Giants are in a position to land a pair of top prospects in the 2022 NFL Draft.