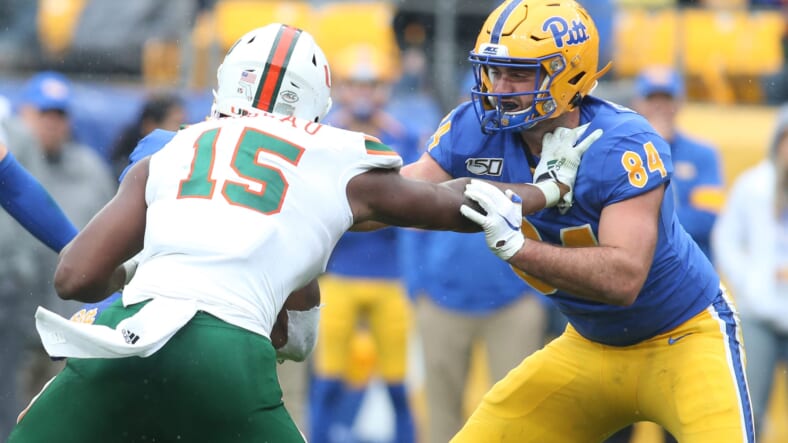 We don’t know what direction the New York Giants are leaning in the draft yet, but more information is coming out about the team’s parameters for choosing a player. Many players opted out of the 2020 college season due to COVID-19, and these players might just find themselves at a disadvantage compared to those who played out the season. At least, in the eyes of the Giants management.

Director of college scouting Chris Pettit had some things to say about these players. Among the things he said, he revealed the Giants haven’t been able to talk to these players as much as they want.

“You really just had to sit and wait on these opt-out guys. We werenâ€™t allowed to talk to them and we talk to everybody, and you just ask your sources and build your character piece throughout the fall like any other player. Youâ€™ve got to do a lot of projecting, thatâ€™s what this business is,” Pettit said about the matter.

He continued by saying the Giants will have to take their absences into consideration. “But you had the benefit of some showing up to the Senior Bowl, you got down there, got to see them work, see what shape they were in. Again, itâ€™s hard, some of these guys havenâ€™t had pads on in 20 months when weâ€™re going to get them and thatâ€™s part of the piece that weâ€™re going to have to take into consideration.”

Most of the players linked with the Giants in this draft played in 2020, but pass rusher Gregory Rousseau is one name that has often been mocked to the team and opted out last year. Could that impact his draft stock with the Giants despite his big stats in 2019?

It’s quite possible, based on these words from Pettit.