New York Giants: Will Hernandez lost 20 pounds this offseason, ready to bounce back this year 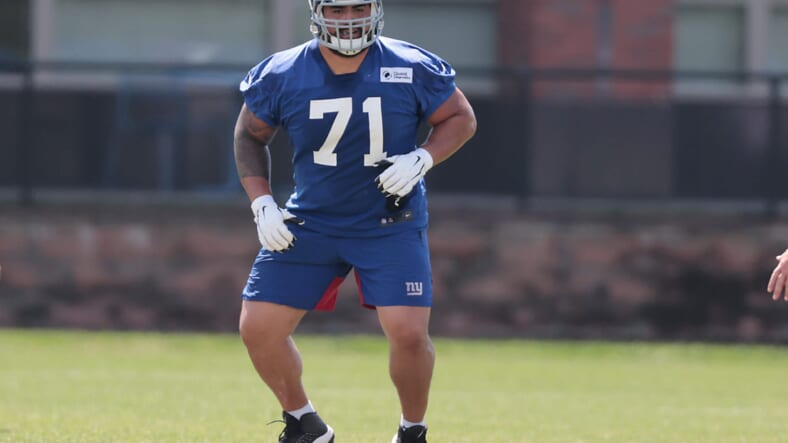 The New York Giants have officially kicked off training camp for the 2021 NFL season. There are many intriguing storylines for the Giants entering this year. The team’s biggest question mark: the offensive line. We could see a camp battle for a starting offensive guard position this year. Entering his fourth season, guard Will Hernandez is looking to answer that question mark with an exclamation point and win this camp battle.

The GiantsÂ had one of the worst offensive lines in the NFL last season. In 2020,Â according to ESPN, the Giantsâ€™ pass-block win rate ranked dead-last in the NFL at 46%. Their run-block win rate ranked 18th at 70%, which is about average or slightly below. Left guard Will Hernandez really struggled in his third career season, starting the first eight games of the year at left guard before contracting COVID-19 and ultimately losing his starting job to rookie Shane Lemieux.

Will Hernandez was really struggling as the starting guard in the first half of the season. He posted a 50.9 pass-blocking grade in 2020 per Pro Football Focus. Hernandez allowed 25 total pressures and 1 sack on only 312 opportunities (allowing pressure on 8.01% of those opportunities).

Will Hernandez’s 2021 weight loss and training

As training camp kicks off for the Giants, Will Hernandez showed up looking noticeably different. When asked about his training this offseason, Hernandez proudly told the media that he had lost 20 pounds this offseason (yes, TWENTY POUNDS). Hernandez explained that this offseason’s training regimen featured “a lot more intensity, a lot more conditioning” as he prepares to bounce back from a disappointing 2020 season.

Will Hernandez lost about 20 pounds this offseason:

"A lot more intensity and a lot more training" pic.twitter.com/T18M0vE9Ly

Hernandez explained that he did “a lot of things differently this year, ate different, worked out different.” But he is still just “training for football,” now preparing to compete on the other side of the offensive line.

Will Hernandez, now a healthier, slimmer, and more physically fit player, is ready to make the switch to the right side of the line. He told reporters today that switching sides is not as difficult as some think, it is just a matter of comfort (Patricia Traina).