New York Giants: Why Evan Engram will bounce back in 2021 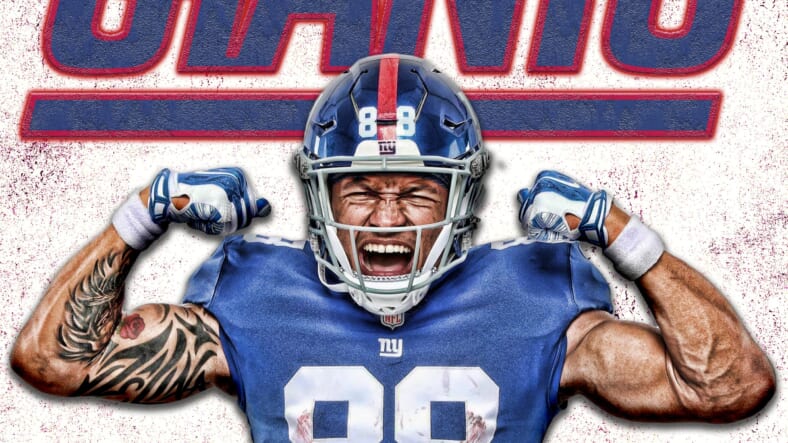 Entering the 2020 NFL season, PFF had New York Giants tight end Evan Engram ranked as the twelfth-best tight end in the NFL. This ranking set some high expectations for Engram that the Giants’ pass-catcher ultimately failed to reach. Engram was selected to the first Pro Bowl of his career in 2020, however, this was a season filled with dropped passes and year-long struggles for the fourth-year tight end.

Evan Engram dropped 11 passes this season, a statistic that overshadowed any highlights that the tight end put together. Six of the eleven interceptions thrown by Giants quarterbacks came on plays targeting Engram. At times, it felt like Evan Engram was a bad-play magnet. However, there were some games where Engram reminded fans why he was once a first-round draft pick.

For example, Evan Engram posted a single-game career-high 129 receiving yards versus the Cincinnati Bengals in Week 12. Engram hauled in six receptions in this game, including two receptions of 40+ yards.

This game demonstrated that Engram is best used as a deep-receiving weapon. When going vertical, Evan Engram can be a true playmaker. He and Daniel Jones connected on a few deep bombs this year, like the wheel route down the right sideline against the Tampa Bay Buccaneers.

Unfortunately, the Giants did not have Evan Engram running vertical routes that freqeuently in 2020. In Jason Garrett’s offensive scheme, the tight end’s main job was to be a reliable pass-catcher underneath, mainly in the 0-10 yard range, center of the field.

69 of Evan Engram’s 109 targets came between 0-10 yards of the line of scrimmage. Only six of his targets were on passes 20+ yards downfield (PFF).Â Evan Engram is one of the fastest tight ends in the NFL. It is malpractice for him to be used purely on hook routes five yards from the line of scrimmage. Let Engram put that 4.42s 40-yard dash to work and get downfield.

This upcoming season, Evan Engram’s role should change significantly. The addition of Kyle Rudolph will allow the Giants to use Evan Engram as more of a vertical receiving threat while Rudolph plays the role Jason Garrett placed Engram into in 2020.

Kyle Rudolph has not dropped a pass in the last two years and is incredible at making contested catches. Rudolphâ€™s contested catch rate since 2016 is 51.9%. Compare this to Evan Engramâ€™s career contested-catch rate of 32.1%, and itâ€™s easy to understand why Kyle Rudolph could be one of the Giantsâ€™ most valuable offensive weapons.

Kyle Rudolph is a perfect fit for the Giants’ offense. He is a reliable tight end that can catch the ball underneath while Evan Engram gets open downfield. These two will complement each other perfectly as Evan Engram has a bounce-back season in 2021.