New York Giants: What to expect from 6th-round LB Cam Brown on defense 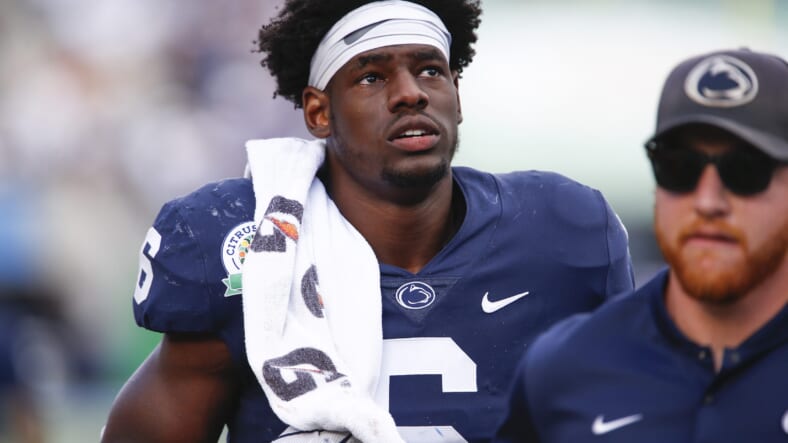 The New York Giants had many goals heading into the 2020 NFL draft, and a primary one was to lay the foundation on defense. They already started their overhaul in the secondary and after seeing struggles at the linebacker position in 2019, general manager Dave Gettleman and head coach Joe Judge elected to reinforce the position.

They drafted a bevy of young players, including TJ Brunson, Carter Coughlin, Tae Crowder, and Penn State linebacker, Cam Brown. Brown and Coughlin are both expected to be outside linebackers, who can rush the passer but also drop back into coverage if need be.

What are the New York Giants getting in Cam Brown?

Brown is an interesting young player, who saw action in all four years at Penn State but did not earn a ton of playing time until the 2018 season. He is traditionally a 4-3 linebacker who plays close to the line of scrimmage and can make plays with his speed. Heâ€™s not the most refined tackler and could add a bit more size to his frame, but he is a leader and proved that with a Nittany Lions.

While his production didnâ€™t shake any minds or rattle any bones, he has the intangible characteristics that Judge and Gettleman are seeking in their newfound roster.

I donâ€™t anticipate Brown making a significant impact in 2020, but given a bit of time to develop his size and technique, he could have some influence going into 2021. His physical traits are good and have plenty of potential to expand upon, but he will need to adapt to the outside linebacker position that revolves more around rushing the passer than playing as 4-3 linebacker.

In comparison, Brown has a similar size to New York Giants’ pass rusher, Lorenzo Carter. Carter stands at 6-foot-5 and 255 pounds while Cam Brown is 6-foot-5 and 233 pounds. Adding a bit more weight to his frame and muscle mass could do wonders for his strength against blockers. While Carter has yet to reach his potential in the NFL, he has good size for the position. I believe Brown has the potential to at least provide decent depth at OLB.