New York Giants: What makes Julian Love such an exciting player on defense? 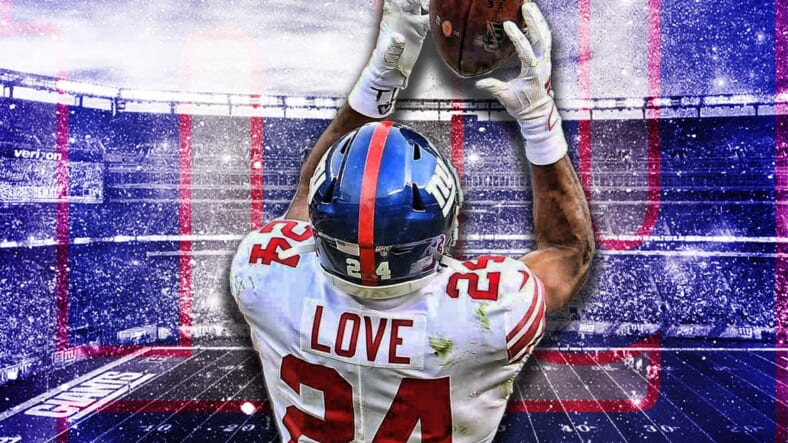 When the New York Giants drafted Julian Love in the fourth round of the 2019 NFL draft, most saw him as purely a cornerback. However, in his rookie season, Love played multiple positions, starting at strong safety after Jabrill peppers went down with a hip injury in week 12.

Similar to baseball, the Giants have developed Love like a utility player. His ability to play multiple positions and fill in due to injury makes him valuable.

The New York Giants should be excited about Love:

The issue, Love isnâ€™t a depth player; he has the talent to be a starter. The former Fighting Irish corner played 97% of the Giantsâ€™ defensive snaps in the final five games of the campaign. He racked up 35 tackles, five tackles for a loss, one quarterback hit, one interception, three passes defended, and one forced fumble.

According to PFF, Love was the ninth-best safety in the box over the final six weeks of the 2019 season. He allowed just 19 yards on 80 coverage snaps. In an ESM exclusive interview with him this summer, he detailed how he would often move too close to the line of scrimmage as a free safety. It was clear that his rookie campaign was used as a developmental one, allowing him to gain his sea legs at multiple positions. This gives the Giants starting level talent behind players like Jabrill Peppers, Xavier McKinney, slot CB, and CB2.

With corners DeAndre Baker and Sam Beal set to miss the 2020 season, Love could compete for a starting role at CB2. His 4.55 40-yard dash at the Combine was a bit slow for a boundary corner, which convinced the Giants to develop him elsewhere. However, he played primarily corner at Notre Dame, so he has the experience to fill in if need be.

ESPN released a list of their top 25 young prospects, in which Love made the cut.

“One of the youngest players on the list, Love was an easy middle-of-the-field pick for the Giants in the middle rounds of the draft, and one of the few players who showed Dave Gettleman recognizes that the passing game exists. Love essentially didn’t break the lineup until Week 12 but played almost all the Giants snaps from Week 13 to the end of the season. Over that span, we have Love credited with 21 targets into his coverage, of which he allowed just 72 yards and one touchdown. He moved from cornerback to strong safety to replace the injured Jabrill Peppers.

Coming out of Notre Dame in 2019, Love was regarded as a very safe fit as an NFL slot corner with great coverage instincts. The combine caused his draft stock some damage because he ran a 4.55 40-yard dash, just under the 4.6 mark that draftniks generally consider a corner too slow. That was the main grievance that took him out of the top two rounds despite breaking up 39 passes in his final two seasons for the Irish.

With the selection of Xavier McKinney in the second round, the Giants have the makings of a good nickel or dime set with Love, McKinney and Peppers. We don’t exactly know what Love is going to technically be called, be it safety or corner, but he’s going to play in the middle of the field and he’s going to cause havoc.”