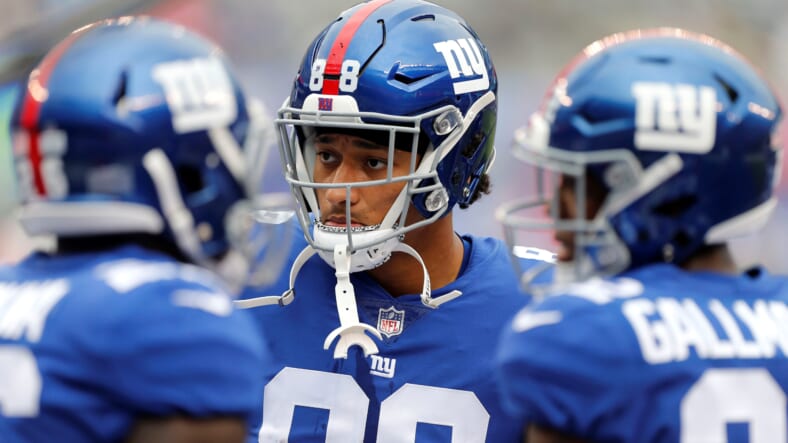 The New York Giants face off against their in-town rival New York Jets today at 1:00 p.m. Both New York teams have struggled tremendously this season, combining for 3 wins. The Giants are 2-7 while the Jets are 1-7.

Here is the Giants’ Week 10 injury report for their matchup against the New York Jets.

Seven players are inactive for the New York Giants today:

This means that four starters will not be playing today for the Giants. Mike Remmers and Jon Halapio will each miss their first game of the season. Evan Engram will be inactive for the second time this season. Sterling Shepard will miss his sixth game of the season (and could miss even more). Slade, Peace, and Tanney are healthy scratches (as usual).

The Giants will start Rhett Ellison in place of Evan Engram today. Ellison has seen limited playing time in 2019 but has made the most of his opportunities. He has caught 15 passes for 125 yards and 1 touchdown so far this season. Rookie Kaden Smith should also see some playing time.

Sterling Shepard is out again, so expect to see another game with a high volume of targets for Golden Tate. Darius Slayton and Cody Latimer could also see an increased role.

Spencer Pulley will be back in the Giants’ starting lineup today, filling in for Jon Halapio. Pulley played in 13 games and started 9 of them for the Giants in 2018.

The Giants will also have a few reserve players active to serve as backups. Offensive tackle Eric Smith, offensive lineman Evan Brown, and linebacker Devante Downs will all be active for the Giants today.