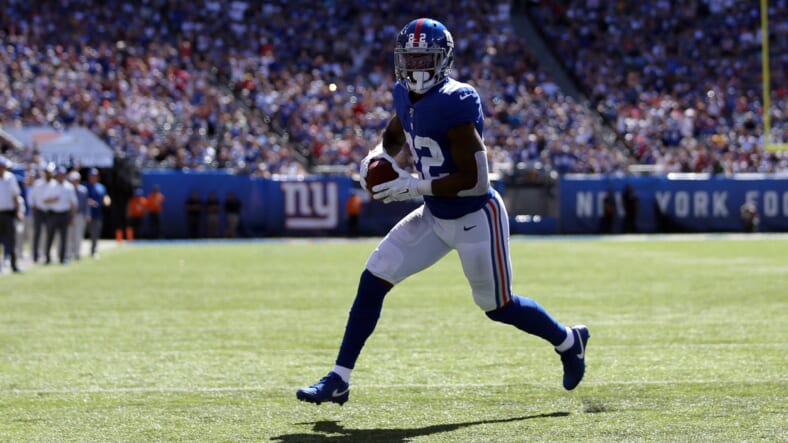 Going into the 2021 season, the New York Giants will lack the player that made the biggest rushing impact in Saquon Barkley’s absence. Wayne Gallman ended up being their leading rusher following Barkley’s injury, but was reaching the end of his rookie deal and would be one of the players to not get a new contract. It seems like cost is part of the reason, as the Giants have already made several roster moves because of this in 2021.

Gallman’s new home this season is going to be San Francisco. After visiting with the 49ers, Gallman ended up signing a one year deal to compete for a backup job there.

Now that the deal has been confirmed, Gallman has taken to Instagram to say his goodbyes to the Giants and their fans.

“Thank you to the Giants organization and fans for all the love you gave me. I will always have a special place for you all in my heart!” Gallman wrote.

This comes after Gallman had his best statistical season and had 6 touchdowns. The Giants seem to have brought in Devontae Booker to replace him, on a two year contract, but it’s not the most unpopular opinion in the world to say the Giants should have stuck with the in-house option.

After all, unlike Booker, Giants fans have seen Gallman’s development since the beginning of his career and his potential for improvement. With Barkley coming back healthy in 2021, it seemed for many that Gallman would be a strong backup given his good performance as an unexpected RB1 in 2020.

However, that’s just not how things panned out, and we’ll just have to see if the Booker signing works out this season. Not every running back the Giants have signed, after all, has performed to expectation.