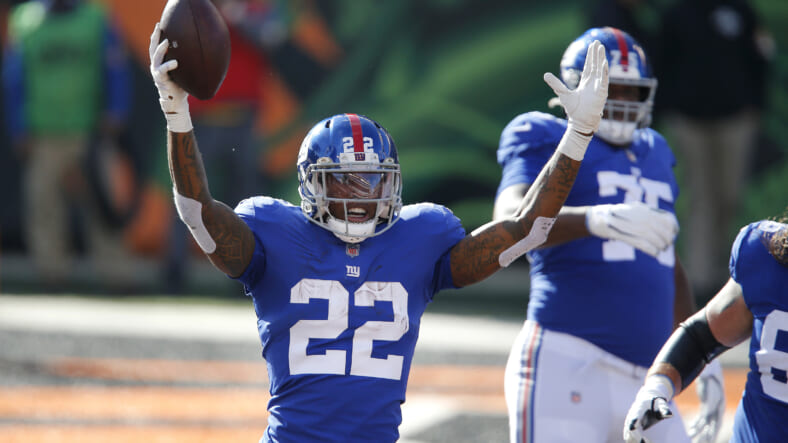 Wayne Gallman ended up playing a larger than expected role for the New York Giants last season. He was off the radar of just about everyone going into the season, but after Saquon Barkley was quickly taken out for the year, the Giants tried multiple running backs to replace him. It took them some time to find their man, but Gallman came out on top in the end and took the majority of the playing time at running back.

However, the Giants had to make some sacrifices because of the salary cap and Gallman is one of the players the team is moving on from. His contract is up after joining the Giants in 2017 and it looks like Gallman is going to get a payday with another team after having the best year of his career.

The team that might pick him up is the 49ers. The team is hosting Gallman for a visit and will have more money to spend compared to the Giants, as one of the top teams picking in this year’s draft. The 49ers are further back when it comes to the rebuilding process, and can afford to give Gallman the paycheck that the Giants can’t.

Gallman is coming off his best statistical season by far after he had 682 rushing yards and 6 touchdowns in 15 games – only 10 of those games were starts, owing to Gallman taking some time before getting into the main starting role.

As for the Giants, it remains to be seen who their number one backup will be this season. However, the hope is they won’t have to use a backup as much. With Saquon Barkley recovering from injury and expected to return in week 1, the franchise will want him on the field as much as possible in 2021.