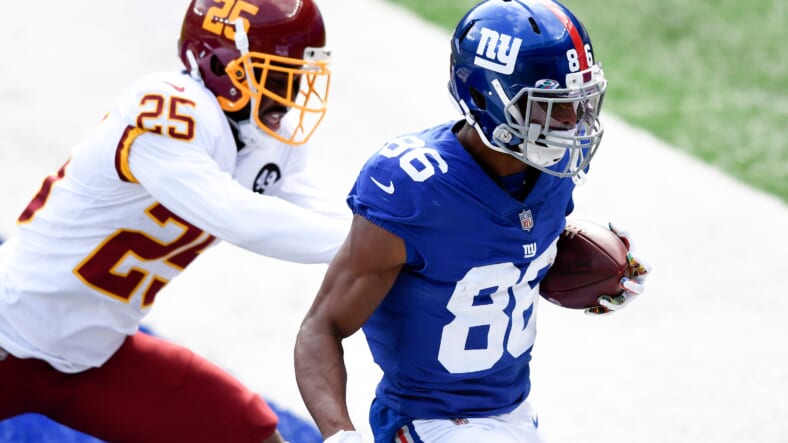 The New York Giants opened the season as an underdog, and it looks like they will have similar circumstances in tonight’s Thursday Night Football matchup. The opponent is once again favored by the media, but this time the game carries higher stakes as it’s within the division and an 0-2 start is on the line.

Around the media, the general sentiment is that Washington has the advantage. ESPN in particular has a harsh assessment of the Giants, with only three analysts picking the Giants compared to eight predicting a Washington victory. Things weren’t much more favorable in USA Today, where all of the experts picked Washington.

These predictions come in spite of the fact that Washington will be stuck with backup quarterback Taylor Heinicke following Ryan Fitzpatrick’s injury. Heinicke is primarily known or starting one playoff game for Washington last season, but proved that he can be a servicable backup option by throwing for 306 yards with one touchdown and one interception, while also rushing for one touchdown.

The Giants still have their work cut out for them despite facing a backup. Their own offensive struggles will negate much of the advantage gained, if there isn’t an improvement from last time out.

And Evan Engram and Shane Lemieux missing this game is a reminder that the Giants are still dealing with injury problems. Even Saquon Barkley’s status is questionable going into this game, despite his important role in the offense.

Notably, the Giants have a chance to either get to .500 or succumb to yet another 0-2 start with this game.

While many are betting against them right now, it should be expected that the team will be aware of these stakes and play like they have their backs to the wall. If they fail to change the narrative by doing that and turning things around, we can expect the conversations between this game and their next outing to take an even more negative turn than they did following the opening loss.