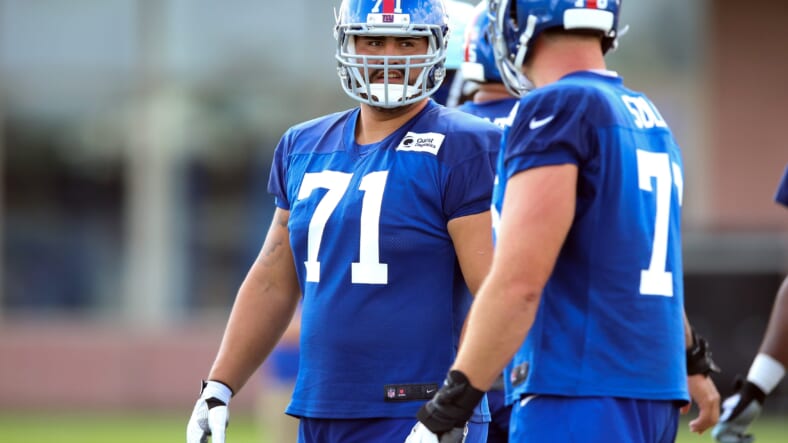 New York Giants left tackle Nate Solder has one of the worst contracts in the NFL. The Giants seemingly gave him this big payday right before Solder would suffer a drop off in performance after leaving New England, and once again, it looks like the Patriots organization moved on from a player just in time to avoid suffering the effects of that fall. The Giants, on the other hand, aren’t so lucky due to signing Solder to a deal worth $62 million.

Understandably, it looks like the Giants want to backtrack on that deal. According to Ian Rapoport, the organization wants to restructure the large deal to more favorable terms.

The #Giants are expected to approach Nate Solder about restructuring his contract. That will likely determine which way this goes… https://t.co/11DSWMhj1m

It’s looking so far like Solder is going to play in 2020 – previously, Solder had been ambiguous in public statements and hadn’t ruled out the possibility of retirement. Solder’s decision will come after sitting out the 2020 season entirely after choosing to opt out beforehand.

The Giants can’t just cut Solder without taking up $10.5 million in dead cap money, so they have an incentive to restructure the deal. But of course, that agreement won’t be reached without both sides finding acceptable terms. It’s easy to imagine Solder wanting to stick with the current deal. After all, this is likely his last contract and Solder won’t get a big deal like this again during his career.

However, on the other hand, Solder wasn’t very competitive when it comes to living up to that deal and it’s still not out of the question for the Giants to just cut him if they can’t make the restructuring happen.