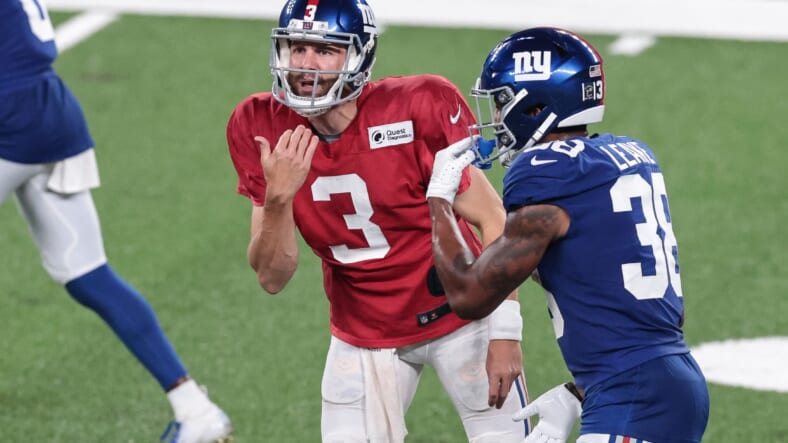 One of the stars from Friday’s scrimmage for the New York Giants was undrafted free agent Javon Leake. Out of Maryland, Leake is described as a one-cut guy, who can put his foot in the ground and take off with blazing speed. Averaging 7.2 yards per carry in 2019, the UDFA was waived after Fridayâ€™s contest. He looks good on kick returns and even broke off a lengthy run, led by right tackle Matt Peart.

This was an odd move for the Giants, who seemed to value him at multiple positions. However, they needed to add depth to the secondary, which seems to be more of a priority. With Darnay Holmes suffering a lower-body injury that didnâ€™t seem too serious during the game, Sam Beal opting out of the season due to COVID-19, DeAndre Baker spending his days on the commissioner’s exempt list, and Xavier McKinney breaking his foot, adding players was a necessity.

In lieu of Leake being waived, the Giants signed KeiVarae Russell and Brandon Williams. Russell, who was a former third-round pick in 2016 out of Notre Dame, spent 2019 on the Los Angeles Chargers’ practice squad. He has been unable to crack an NFL team just yet, but maybe the current scheme fits his playstyle.

The Giants also landed 2016 third-round pick Brandon Williams from the Arizona Cardinals. At 27 years old, Williams was on injured reserve all of last year but has the talent to make an NFL roster. Bringing in more defensive backs to compete was always a need, and the Giants made the move with about 17 days left until the regular season starts.