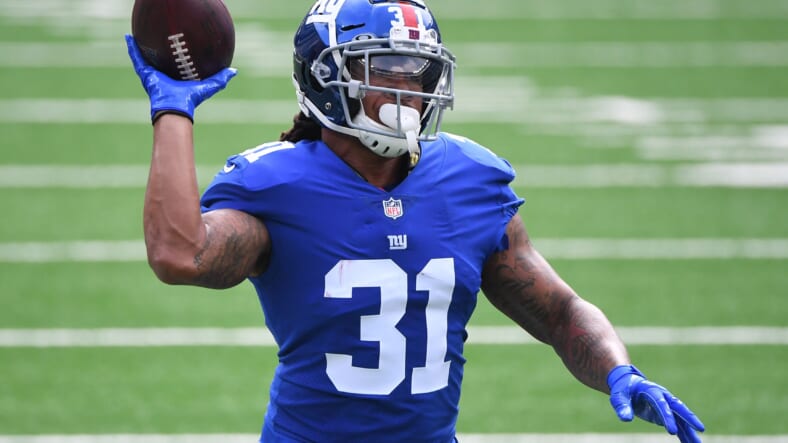 The New York Giants haven’t found a need for Devonta Freeman now that their season is over and main back Saquon Barkley will be back on the field next year. Freeman joined the Giants pretty early in the year following the injury to Barkley, but never reached the same heights he did with the Falcons.

While he showed some flashes of potential, he only ended up playing in five games this season thanks to injury. Freeman was on the injured reserve at the time the Giants came to the decision to part ways with the veteran. During those five games in which he appeared, he had 54 rushes for 172 yards and one touchdown.

The Giants ended up leaning on Wayne Gallman more this season, who proved why he belongs on the roster and secured his spot for next year thanks to his performance during Barkley’s absence.

Overall, when it comes to the top rushers on the Giants, Freeman was above Dion Lewis but behind Alfred Morris and Daniel Jones as well as Gallman, who finished the year as the leading rusher. All of those other players, however, had more chances to get on the field than Freeman did this season.

His 3.2 yards per attempt aren’t better than any of the other main backs, however, even including Lewis. All in all, it wasn’t a very good season for Freeman and the Giants likely see Morris and Gallman as the backups behind Barkley rather than him.

It remains to be seen if the franchise also plans on moving on from Dion Lewis, but that wouldn’t be surprising given his comparably low performance this season in Barkley’s absence.