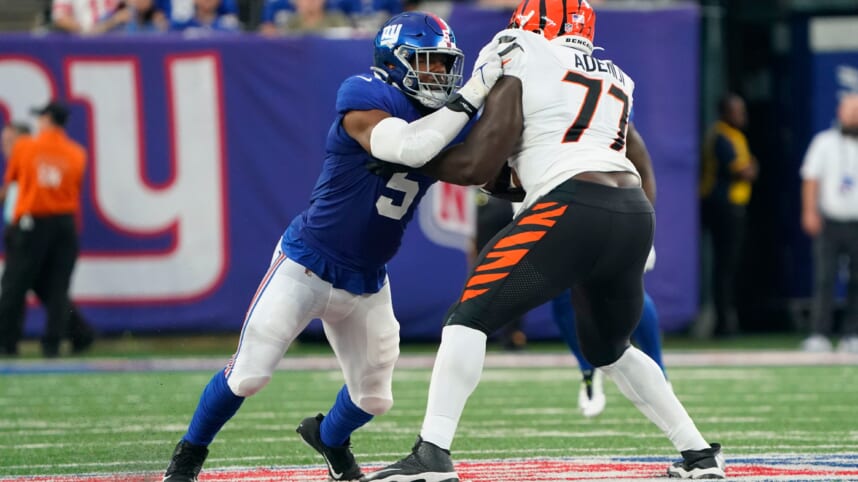 The New York Giants wrapped up their second preseason game of the 2022 season against the Cincinnati Bengals tonight. The Giants came away with a 25-23 victory over the Bengals. It was a thrilling match that went down to the wire. But ultimately, Alex Bachman and the Giants came out on top.

Backup wide receiver Alex Bachman made a name for himself tonight. The 2019 undrafted free agent spent the 2021 season with the Giants, playing in three games strictly on special teams. Tonight, though, Bachman made a tackle on special teams but also put together an incredible performance as a wide receiver. Alex Bachman caught 11 passes for 122 yards and 2 touchdowns tonight including the game-winning score in the final minute.

Daniel Jones and the Giants starters did see some playing time and even went on an 11-play, 84-yard scoring drive. Danny Dimes completed eight-straight passes on the drive that ended with a Jashaun Corbin rushing touchdown. Jones was sharp and decisive on his two drives tonight, completing 14 of his 16 passes for 116 yards. However, he did throw an interception, but it was a dropped pass that came off the hands of his intended receiver, tight end Daniel Bellinger.

Giants fans everywhere suffered a scare when the fifth overall pick in the 2022 NFL Draft Kayvon Thibodeaux went down with a knee injury. Thibodeaux was hit low on a block that has stirred controversy. Thankfully, Thibs did not need the cart and walked off under his own power, stating after the game, “I’m good… We’re good. Good news.” Deep sigh of relief for Giants fans.

Another preseason game is in the books for the New York Giants. The roster is soon to be trimmed down to 53 men and there are going to be some difficult decisions for Joe Schoen and company to make. Some depth pieces for the Giants are standing out and fighting hard for roster spots. One more preseason game to go and many positions to be finalized. It should be an exciting finish to the summer for the undefeated New York Giants.