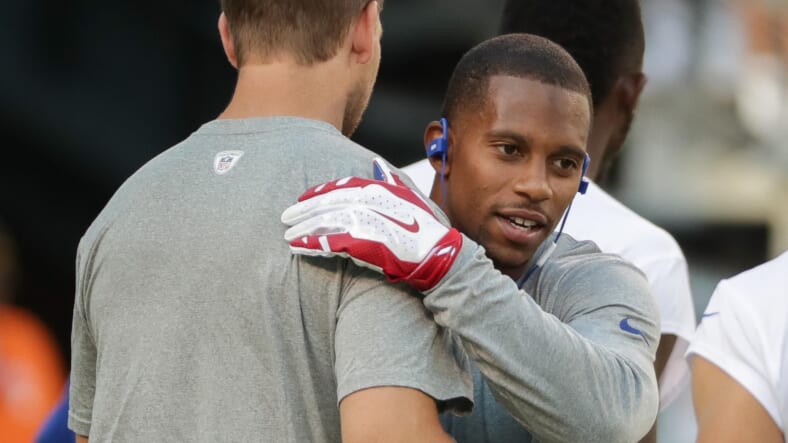 The New York Giants haven’t been in the playoffs for the past few seasons, and in the last season that they did make it into the postseason, one memorable moment stood out more than anything else – the infamous trip to Miami which resulted in a famous boat picture and was followed up by a loss to the Packers in the divisional round.

The loss, and the way that it happened, ended the most recent era of the Giants being competitive and introduced the era of losing, head coaches changing quickly, and the team having less and less star players. One well known Giant that went out on that loss was Victor Cruz, who departed from the Giants afterwards, and the trip that happened in the buildup to the game has still stuck with him even after retirement.

“This photo will haunt me for the rest of my life,” Cruz told E! News recently. “It was more so the feeling of, â€˜Man, when am I going to get to do this again? When am I going to get to be an athlete, win a football game, go on a private jet, go to Miami the same night?’ It was one of those things where I was just like, â€˜I think Iâ€™m just going to feed our ego tonight.'”

The picture quickly became a talking point and was perhaps talked about even longer than the Giants poor on the field performance against the Packers. It was also, possibly, the point when the relationship between the Giants and Odell Beckham Jr. started to go downhill. Despite multiple players being in the picture, it was Beckham that received flak about it the longest, mainly in the debate about whether or not the Giants should have kept him.

It wasn’t uncommon, by then, for detractors to add in snide remarks about the Miami trip when arguing against the Giants keeping the wide receiver. In the end, the Giants ended up trading him to the Browns.

“If this was 1999, no one would have known about the trip, we would have went, had a great time, come back. And then had we won the game, thatâ€™s the part that kind of bothers me, too. If we won the game, theyâ€™d be like, â€˜Go to Miami every week, apparently thatâ€™s the good luck charm.â€™ The fact that we lost, left a bad taste in everybodyâ€™s mouth,” Cruz elaborated further on the topic of the infamous picture.

Like it or not, the picture is now a part of Giants fan lore – and until the team makes it back to the playoffs and advances rather than flopping, it’s going to remain there as a symbol of the last time when the Giants were competitive and in the running for a playoff run… Even if they did enter the postseason in 2016 as underdogs.