New York Giants: Versatile pass-rusher Ifeadi Odegnibo will give the defense a boost in 2021 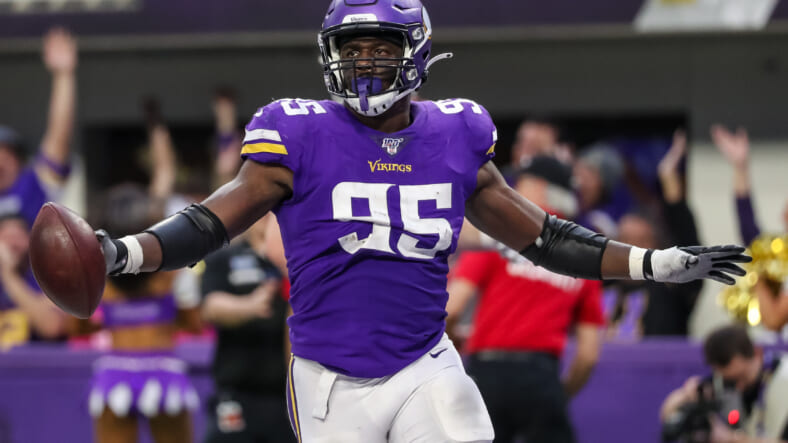 The New York Giants defense was a top-ten unit in the NFL last season. However, the defense was not perfect and the Giants made sure to tidy up some weak spots this offseason. New York fixed its secondary cornerback problem by signing Adoree’ Jackson in free agency. But the Giants also had a lack of depth and talent at edge rusher, another position they addressed this offseason.

The Giants drafted edge rusher Azeez Ojulari out of Georgia in the second round of the 2021 NFL Draft. Fans are looking at this move as the one that will fix the Giants’ pass-rushing problems. Ojulari does have the potential to have a major impact on this defense as early as his rookie season. But another under-the-radar move that the Giants made in free agency could also have a significant impact: the signing of Ifeadi Odenigbo.

The New York Giants made a few big splashes in free agency, primarily on the offensive side of the ball. Many of their signings were overshadowed by the monumental acquisitions they made like Kenny Golladay, Kyle Rudolph, and Adoree’ Jackson. One of the signings that flew under the radar was that of edge rusher Ifeadi Odenigbo.

To call Ifeadi an edge rusher seems to be a bit constricting and partially inaccurate. Using a more broad, general term like pass-rusher makes more sense for the former Minnesota Viking. Ifeadi Odenigbo is a pass-rusher with the ability to play on the interior and on the edge. In Minnesota, he frequently played on the edge as a 5-tech in the Vikings’ 4-3 defense. But he has the size and ability to move inside as well and could potentially play some 3-tech or 4i with the Giants.

Odenigbo is expected to kick outside to the edge with the Giants this year, playing outside linebacker. That is something that Ifeadi has not done in a while, but as he told us in an exclusive interview on Fireside Giants, he is really excited to get back in a two-point stance.

In 32 career games (15 starts), Ifeadi has registered 10.5 sacks, 10 tackles for loss, 28 quarterback hits, one safety, one forced fumble, two fumble recoveries and one defensive touchdown to go with his 59 tackles (34 solo). Odenigbo’s best season came in 2018 when he played in a reserve role for the Vikings in all 16 games. Odenigbo picked up seven sacks that year, along with 13 quarterback hits, one forced fumble and two fumble recoveries (Giants.com).

According to Pro Football Focus, the Giants’ top four pressure producers in 2020 all played on the interior, which is highly unusual. Odenigbo will fit right into the scheme, helping generate pressure as an interior pass-rusher. But he will also improve one of the team’s weaknesses by contributing as an edge rusher. This versatility and solid pass-rushing ability that Ifeadi Odenigbo brings will give the Giants’ defense a nice boost in 2021.