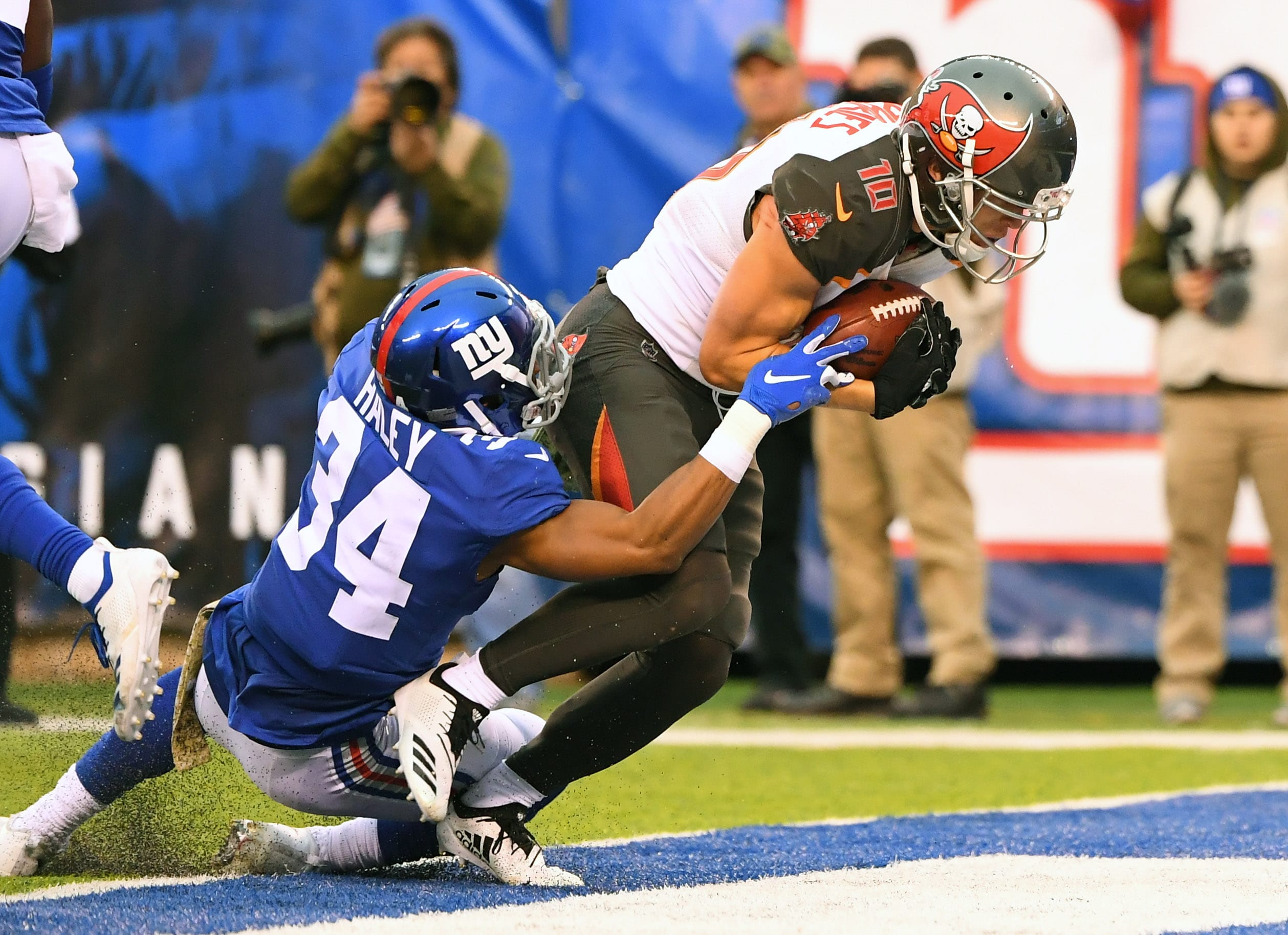 Every player, even the undrafted ones deserve a chance to start on an NFL team, in hopes of proving their worth in front of a national crowd. The brutal truth is that some rise to the occasion, but most squander in the face of adversity. The lucky few that survive are the players that emerge from the shadows of uncertainty and an expected failure.

Undrafted rookie cornerback and Saquon Barkley’s best friend, Grant Haley, is one of those forgotten players that earned himself a chance on the New York Giants‘ active roster. At one point, the talented corner was waived from the team, simply being added to the practice squad where any side could go out and pluck him from the clutches of New York. But the Big Apple doesn’t give up that easy; Haley was given an opportunity, and in week 8 he began a journey back to relevance.

Since his week 8 debut, where he recorded four total tackles, he’s gone on to become a legitimate contributor on the defense. The 2018 season has shown Haley what adversity looks like; losing consistently and facing challenges that surely trump those at the collegiate level. Haley currently has 18 total tackles and three for a loss. In week 13, he amassed 8 tackles, recording the third most on the team behind Alec Ogletree and B.W. Webb.

Ogletree said in regard to the rookies coming in and making an impact:

“As veteran players, you watch young guys come in as rookies, and at times they get out there, they get overwhelmed by everything that’s coming at them. But then the more they play, the more they start to figure it out and you start thinking, ‘Yeah, these rookies are getting it.’

Rookie CB Grant Haley's 86.0 Slot Coverage Grade in Week 12 was the best of any player in the NFL with a minimum of 10 coverage snaps.

He was targeted 5 times, allowed 2 catches for 22 yards, forced 1 incompletion and allowed a 53.8 QB Rating against him. #GiantsPride pic.twitter.com/YaISO6aszD

Here’s a clip the young corner, who finished week 12 against the Eagles with an 86 overall rating, according to PFF. On five pass attempts, Haley allowed only two catches for 22 yards. His performance earned him even more playing time against the Chicago Bears. The Giants went on to win in overtime, 30-27. While no defense should be allowing 27 points against backup passer Chase Daniel, it doesn’t cast a shadow over the performance of the individual.

Haley seems to be developing with every passing week, and once again general manager Dave Gettleman seems to have strung a cord of genius in the draft. Or, dare I say, free agent market of undrafted players. Once upon a time, Gettleman helped find All-Pro guard Andrew Norwell in the following hours after the 2014 NFL draft.

Moving forward, it will be essential to provide the Penn State product with coverage snaps and further expand his abilities as a corner in the NFL. So far, he’s on the right track, and defensive coordinator James Bettcher would be smart to begin trusting his youth a bit more in the following weeks.