New York Giants: Two position battles that will significantly impact the team in 2020 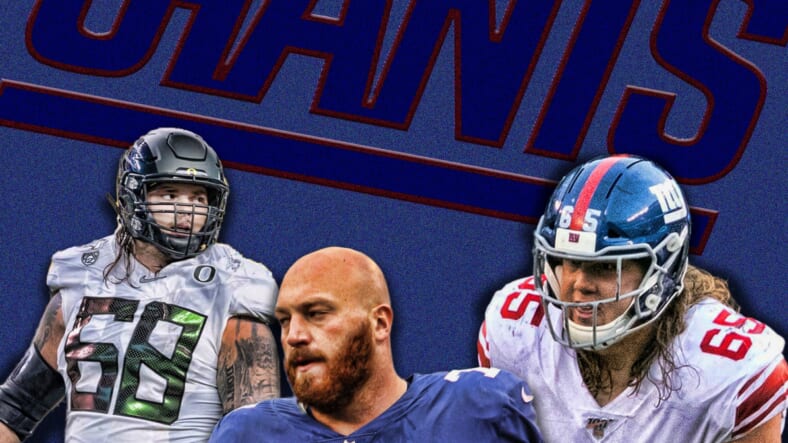 The New York Giants have a long way to go before they can be a playoff-caliber team, but they are on the right track going into the second year of a full-roster rebuilt. After the 2018 season, general manager Dave Gettleman realized the team needed a lot more than just Saquon Barkley at running back; he decided to turn over the entire roster. Key defensive pieces were traded away to add more draft capital and eventually replaced with young foundational players.

The 2020 season should see an improvement on both sides of the ball, but the Giants’ defense has been the weakest link for several years now. Drafting safety Xavier McKinney should solidify the free safety position, and the signings of James Bradberry, Blake Martinez, and Kyler Fackrell will all contribute in separate ways. However, several positions need refinement, notably on defense, and I anticipate the Giants will utilize position battles to maximize their talent.

Here are two positions that will be significant in 2020 for the New York Giants and how position battles could help them shake out:

Most believed the Giants would allocate a draft pick toward the center position, but they elected to take a more practical route. The only rookie that could land at the center position is Shane Lemieux, who previously played guard for Oregon. The expectation is that he will swing to the interior and compete at center along with former undrafted free agent, Nick Gates. Jon Halapio and Spencer Pulley are the veterans of the group and will compete as well.

Ultimately, pinning four players against each other should help extract the most potential. I believe Gates is capable of landing the starting position, after having a successful season at right guard and right tackle in 2019. His frame better fits the interior, and he prefers that position. He has been taking snaps under center to get a feel for what it might be like during the regular season. Nonetheless, Halapio has the most experience of the group, but he has suffered back to back severe injuries, stalling his progression with the team. Pulley is more of a depth piece, and Lemieux has a little experience at the position, which makes me think Gates has the upper hand here if Halapio cannot return from his injury in a respectable fashion.

2.) Slot cornerback is the next position in need of a talent injection. The Giants simply cannot rely on Grant Haley and Julian Love to lock down the nickel corner spot, which is why they drafted Darnay Holmes out of UCLA, who was ranked as the top slot corner prospect in the draft. Having only played the position during the Senior Bowl, Holmes has the size at 5-foot-10 and 195 pounds to compete and likely earn starting reps early on.

Holmes has the athleticism and physicality to match up well with NFL level talent in the slot. He is also a high character player with leadership qualities, fitting the Joe Judge mold. I still believe the Giants will impose a position battle, including Love, Holmes, Haley, and possibly rookie Chris Williamson out of Minnesota.