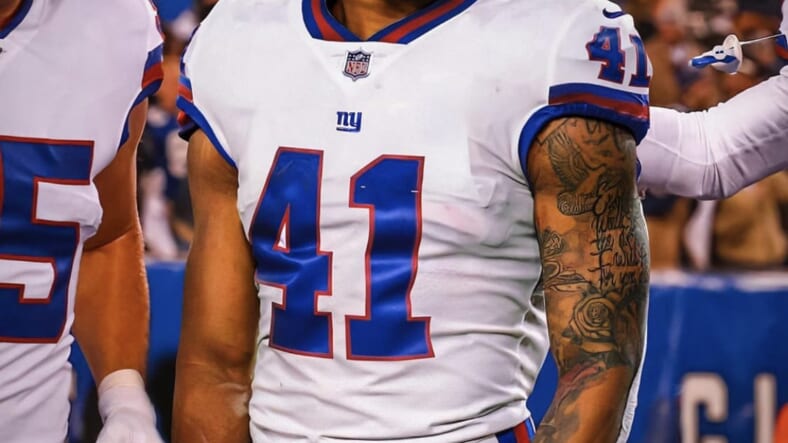 The 2020 NFL draft is significant for the New York Giants. They have a number of holes that need to be filled with quality talent and starting players, and the draft offers them an opportunity to plug one of the best defenders available into the linebacker position. Clemson stand out defender, Isaiah Simmons, was recently mocked to the Giants, via Todd McShay from ESPN (subscription content).

The Giants defense needs everything, and everything is exactly what Simmons brings to the table. He was a factor in every single statistical area in 2019 for the Tigers, and his blazing 4.39-second time in the 40, wild 39-inch vertical and ridiculous 11-foot broad jump took Indianapolis by storm. It was one of the best workouts weâ€™ve ever seen from a linebacker. A converted safety, Simmons fits what NFL teams are looking for today and can affect so many areas of the game. New York handed 28.2 points per game to opponents last season, more than all but two other teams. Letâ€™s jump start the defensive rebuild with a true difference-maker.

Simmons is one of the most versatile players entering the upcoming draft, as he posted a 4.39 40 yard dash at the NFL combine. His numbers rank in the elite status across the board, giving the Giants the opportunity to plug in an elite playmaker and versatile defender immediately. Whether or not general manager Dave Gettleman wants to spend the fourth overall pick in the draft on a linebacker is yet to be seen, but his talents donâ€™t make it easy to pass on him.

The New York Giants need to have a good reason to let Simmons slip past:

There are only two scenarios where the Giants would feel comfortable letting him slip by. The first is if Chase Young is available at number four, given the Detroit Lions and Washington Redskins elect to trade back or sit still and draft a quarterback early on. Alternatively, the Giants can consider trading back as well, adding draft capital to help them fill more positions of need and lower the probability of overspending in free agency.

However, the argument for Simmons is a really good one, as he posted 16.5 tackles for loss and racked up eight total sacks to go with eight passes defended and two forced fumbles in 2019. Oh, did I mention his three interceptions, attesting to his ability in coverage.

There is no question that Simmons would make the Giantsâ€˜ defense that much better in 2020, but the Giants donâ€™t only need one single defender, they need an offensive tackle a well. Avoiding paying Jack Conklin nearly $20 million in free agency would be an ideal scenario, and the Giants have the leverage to do so.