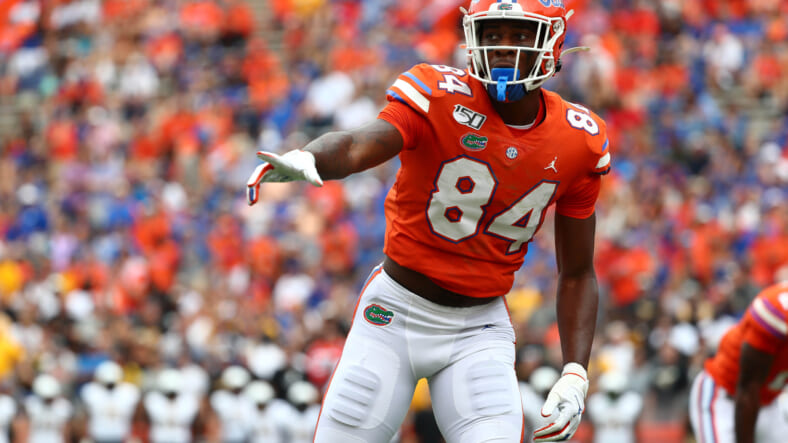 During the offseason so far, one of the players linked to the New York Giants the most has been Kyle Pitts. The tight end is athletic, has a good record as both a receiver and a more traditional tight end, and could be the best playmaker to come out at the position since Rob Gronkowski. Some say he might become the highest drafted tight end in the modern era.

However, even if the New York Giants have a chance to take him with the eleventh pick, they should pass on him. And it looks like the front office knows that too, based on the way they signed tight end Kyle Rudolph this offseason.

Rudolph isn’t Pitts. He’s 31 years old and nobody is expecting off the charts production from him, even if he does have a history of being a red zone threat tight end. He is, however, joining a position group that already includes Evan Engram – primarily a receiving tight end.

Pitts would be a good weapon to add, but at some point, the Giants have to consider their roster. They’re already banking on the potential of one receiving tight end. They don’t need to add another one while they still have Engram in the starting lineup and other big needs. And even if they did add Pitts, it’s debatable if they could get the most out of both him and Engram at the same time.

There’s usually more wide receivers on the field than tight ends, after all. And it’s harder for tight ends to get open if the receivers can’t take the attention of the defense.

The Giants have a need at receiver among other spots that need patching up. Their decision to go with Rudolph to bolster the position instead of the flashy draft pick shows where their likely priorities are on the matter: address other needs in the draft, and don’t take the big name tight end that likely can’t be fully utilized.