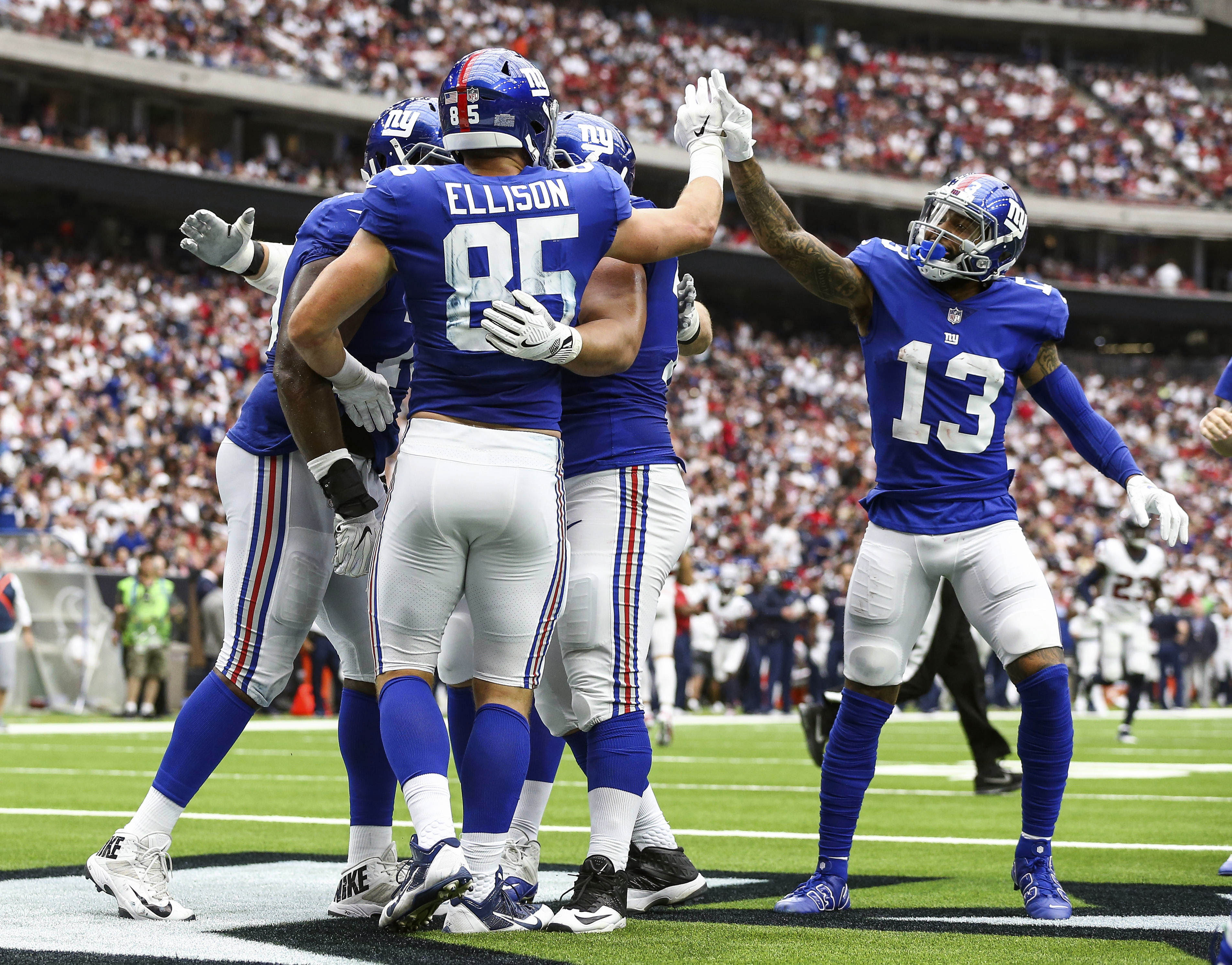 The New York Giants could sure use all the receivers they can get this season following the highly publicized departure of Odell Beckham Jr., a move that will likely be remembered in history and will have some controversy around it for years to come barring an immediate turnaround by the Giants in 2019. In fact, the move is still being talked about. The team isn’t without talent just because of the trade, however.

Aside from bringing in Golden Tate and drafting Darius Slayton for help, the Giants can say that they already have some alternate options in the receiving game… One of those happens to be tight end Rhett Ellisson, one of the last players that most would consider when receiving is brought up. However, Ellison has been undeniably reliable and even beat out the much hyped Evan Engram at times for playing time in 2018.

The latter is surprising, of course, but makes some sense when you consider the context of Ellison having less drops than any other player on the Giants while Engram struggled with both injury and with holding onto the ball, the second problem being one that also plagued him during his rookie season – leading fans, of course, to believe that Engram would improve in that area in 2018. But there were few improvements for the tight end last season, leading to Engram losing some playing time and Ellison getting more time in the first team.

How did Ellison win that game time last season? Part of it was through being consistent in both the blocking and the receiving parts of the game, and Ellison spoke about that recently with NJ Advance Media.

“Catching the ball, I think some guys put a little too much emphasis on it. I put more of the focus on the blocking so the catch is more of a reward. Like, ‘Oh, I get a ball coming my way? This is great.’ React like a dog in the park,” Ellison said about receiving.

That focus on blocking may also be part of the explanation for Ellison’s increased playing time during the second half of last year. Engram is a pick of the former front office regime, and under Dave Gettleman, the Giants moved to a more running based style with the addition of Saquon Barkley. It adds more value to players that add something to the blocking game.

“I’m not putting that pressure on myself: It’s a mental thing for sure. But also I’m getting under routes. I’m not getting deep balls over the shoulder, the complicated catch,” Ellison added about the subject of making catches. “They are across the middle and there is traffic, but focusing on blocking has somehow helped. The hard stuff is the blocking, in my mind.”

It remains to be seen what the split of playing time between the team’s two main tight ends is going to be like this year, but it looks like as long as Evan Engram struggles with making catches, – interestingly enough making him the opposite of Ellison in more than just playing style – the answer to who the first team tight end is might not be as clear cut as we think going into training camp.