New York Giants: The Key to Finding a Franchise Quarterback 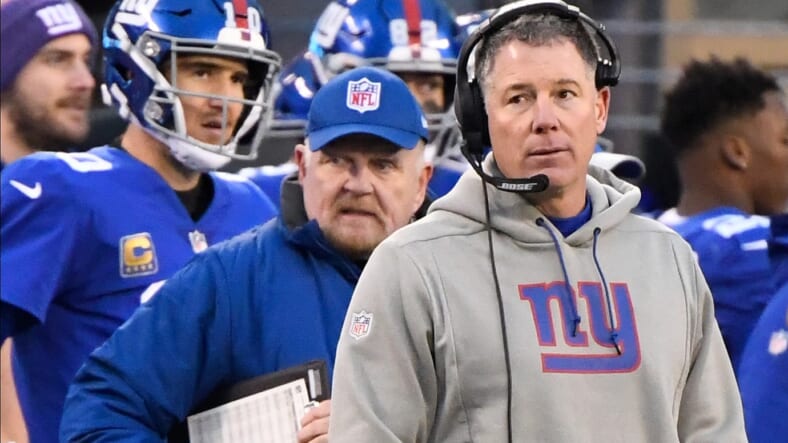 When it comes to predicting who will become an impact player at quarterback in the NFL, most look towards physical attributes – arm strength, footwork, accuracy, etc. These are all essential factors that make up a starting passer at the professional level, but there’s far more that plays into the equation, especially for the New York Giants.

As the 2019 NFL Draft approach and the Giants are expected to find Eli Manning’s successor, it begs the question – who’s the best option available?

Some would say Dwayne Haskins and his 50 touchdown passes in 2018, or Kyler Murray with his dual-threat capabilities. Not many look towards options like Daniel Jones or Will Grier as top prospects, but it isn’t about the biased fan’s opinion, it’s about head coach Pat Shurmur and finding the exact fit for his offensive scheme.

Let’s play a game – below, I will describe a quarterback’s draft profile and you have to guess who it is. I will leave the answer toward the bottom of the article, but comment who you think this description portrays without looking first.

This quarterback is a mechanical thrower with solid production in college. His skills center around making the right decisions as he’s accurate and decisive when moving through his progressions. While he’s undersized at 6’1″, 208-pounds, he has the ability to make up for his lack of size with great vision and mental development. Additionally, he benefitted a lot from the spread offense he played in during college. The question regarding him is – can his talent translate to the next level?

Pretty vague, huh? This player went undrafted. So, while you’re scouring draft profiles and doing minimal research on the quarterbacks available, remember that quarterbacks fit a scheme – ask Tom Brady or Drew Brees. This player is a playoff caliber QB, and he did it while under Shurmur.

Maybe you have guessed who it is, but I won’t reveal his name until the end anyway.

What’s the point of this?

The Giants aren’t going into this draft looking to find a quarterback that fits the bill tangibly, they’re looking for a prospect to fit a specific scheme. The front office is committed to Shurmur and his methods and being that he’s the offense guru, they have to trust he knows which quarterback to take.

Essentially, he’s the key to finding the next franchise signal caller.

The player mentioned above was Case Keenum, who saw his completion percentage drop five points and his TD-INT ratio went from 22-7 in 2018 to 18-15 in 2019. Everything about his game took a major hit after leaving Shurmur’s offense, so we have to assume, maybe it isn’t the quarterback as much as it is finding the right ‘player’ to operate the offense appropriately.

That being said, we must have faith in the fact that Shurmur will find the right man to take over for Manning, whether it be Haskins, Grier, or even Josh Rosen.