New York Giants: Slowing down Dameon Pierce is the key to beating the Texans in Week 10 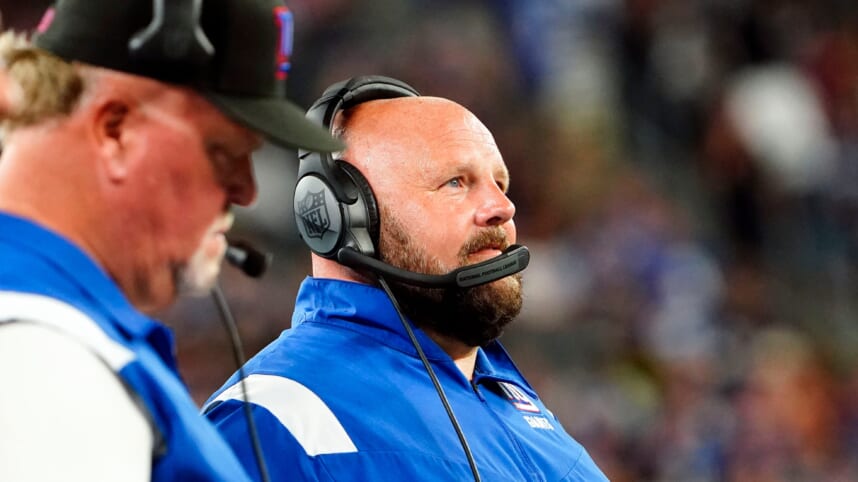 It has been a tumultuous bye week for the New York Giants. The Giants are coming off of a win-steak-snapping loss against the Seattle Seahawks in Week 8. The goal was to get healthy and prepare to come out of the Week 9 bye with reinforcements, but instead, star safety Xavier McKinney was placed on injured reserve, leaving the Giants’ defense short-handed coming out of the bye week. The Giants will host the Houston Texans on Sunday with McKinney absent from the lineup. Texans running back Dameon Pierce has been on a tear this season. If the short-handed Giants want to beat the Texans in Week 10, the key will be to shut down their rushing attack.

Texans rookie running back Dameon Pierce has emerged as Houston’s premiere rusher this season. Houston selected Pierce in the fourth round of this year’s draft out of Florida. Dameon Pierce is an old-school, violent runner that has earned the admiration of New York Giants defensive coordinator Wink Martindale:

Martindale came up with lofty comparisons for the Texans rookie rusher, saying, “Old, old school, Earl Campbell, Jamal Lewis. He’s one of those big power backs that has great balance. Runs mad every time he touches it. Has quick feet. It’s going to be (a) tough assignment.”

Through the first eight games of his career, Dameon Pierce has taken 148 carries, totaling 678 rushing yards, 3 touchdowns on the ground, 1 receiving touchdown on 20 receptions, and 4.6 yards per carry. Pierce is averaging 84.8 rushing yards per game behind is violent ground-and-pound style.

New York Giants safety Xavier McKinney was a real asset for the team in run defense. Without him in the lineup, Wink Martindale will need to call upon his defensive line and linebackers to step it up. The Giants will need big performances out of the likes of Leonard Williams, Dexter Lawrence, Tae Crowder, and Jaylon Smith.

The Giants’ defense is allowing 137.3 rushing yards per game through their first eight games of the season. At 6-2, the Giants are the favorites heading into this week’s game against the 1-6-1 Texans. Big Blue is looking to get back to their winning ways after dropping one against the Seahawks in Week 8. To get another W in the column, the Giants will need to focus on slowing down Dameon Pierce and shutting down the Houston Texans’ rushing game.