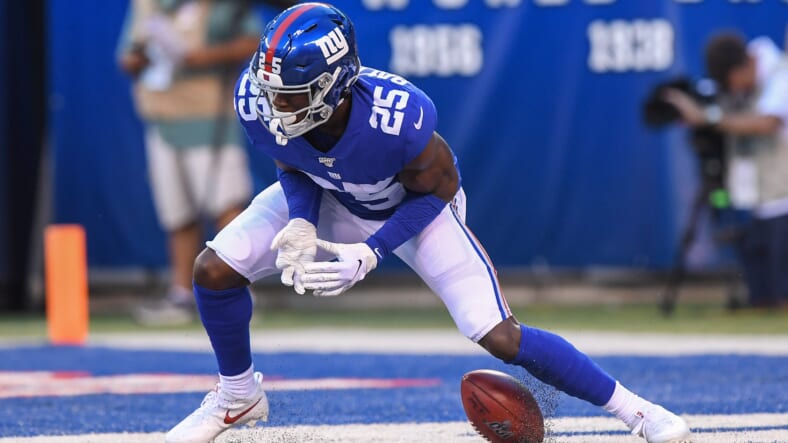 The New York Giants have one game left and they have a chance to knock the Philadelphia Eagles out of the playoffs – however, it won’t be easy for them. Not just because they’re facing the top ranked team in the NFC East but because they’re coming into the game with some injuries on their own end, which will be familiar at this point for Giants fans after the team has spent most of the season banged up.

Some players might be back but the general trend of having multiple starters out with injuries will likely continue based on who was at practice on Wednesday – or rather, who was listed as participating and who wasn’t. The Giants didn’t practice on Wednesday but released an injury report regardless, showing who would have been kept out.

These players aren’t exactly at unimportant positions, either – the offensive line hasn’t picked up a lot of praise this season and it’s debatable if Saquon Barkley will be able to repeat his big performance form last Sunday if the Giants have to deal with an injury at tackle.

Then again, the Giants were able to pull out the win despite Remmers having to leave the game last week with his concussion. Remmers only played in 17 snaps, or 24% for the game.

Ballentine is part of a secondary that would do good to not lose more players after its leader, Janoris Jenkins, was already waived earlier in the season. He had no insignificant part in the Giants’ win on Sunday as a member of the secondary who played 77% of the game’s snaps, making 5 combined tackles in the effort.

But with the Giants out of the playoffs and fighting to keep their high draft pick, a loss on Sunday likely wouldn’t botherÂ too many people. And it’s definitely not any easier for the Giants to win this week, with a number of injuries to starters once again. That assumes, of course, that none of the players marked out on Wednesday bounce back in time for the game on Sunday.