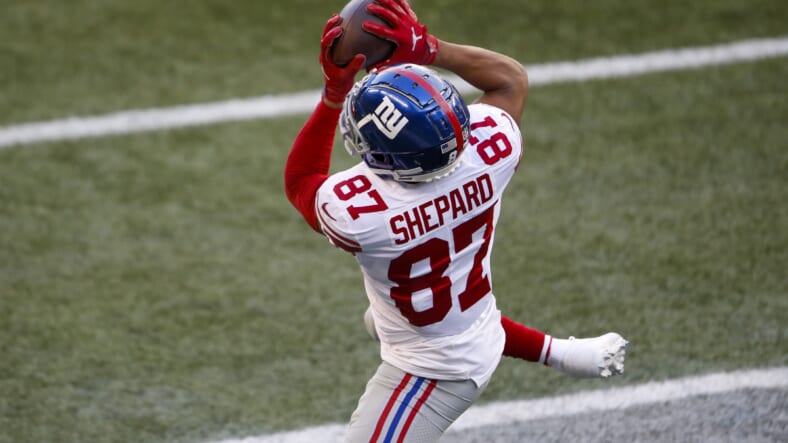 If youâ€™ve been a New York Giants fan over the past few years, youâ€™ve seen inadequacy and a lack of discipline behind the scenes. Before head coach Joe Judge took over in 2020, Pat Shurmur and Ben McAdoo simply couldnâ€™t control their players and hold him accountable for the mistakes and transgressions they curated.

Ultimately, their inability to control the team and establish a strong culture played a significant part in their firings. However, Judge has completely revitalized this team with disciplinary rules and accountability ranging from the players to the coaches.

Veteran wide receiver sterling Shepard made it very clear that his former coaches lacked in specific areas, especially the conditioning category. In the past, coaches didnâ€™t harp on stamina, or conditioning, which directly translates to games, particularly when playing aggressive football at all times.

Shepard made it clear that Judge has completely transformed that side of the team, ensuring that they are all in tiptop shape, which correlates to preparation for the regular season.

The New York Giants needed a leader who held everyone accountable:

The Giants needed a tough coach to whip them into shape simply because they were running rampant before under McAdoo and Shurmur. It didnâ€™t seem like they had any established guidelines for discipline, as they said and did whatever they wanted without any repercussions.

For goodness sake, a veteran wide receiver in victor Cruz went on a boat trip to Miami the weekend before a playoff game in Green Bay with his teammates, one of the coldest cities at that time of the year. They shouldâ€™ve been training and focused on the game ahead, and it clearly impacted their performance, as Odell Beckham Jr. dropped multiple passes. Overall, this team already has a far more structured end fundamentally sound group of athletes and are focused on winning rather than playing games and wandering off into their own agenda.

What Judge has done with this team in such a short period of time has been tremendous, and hopefully, we continue to see progression during the 2021 season.