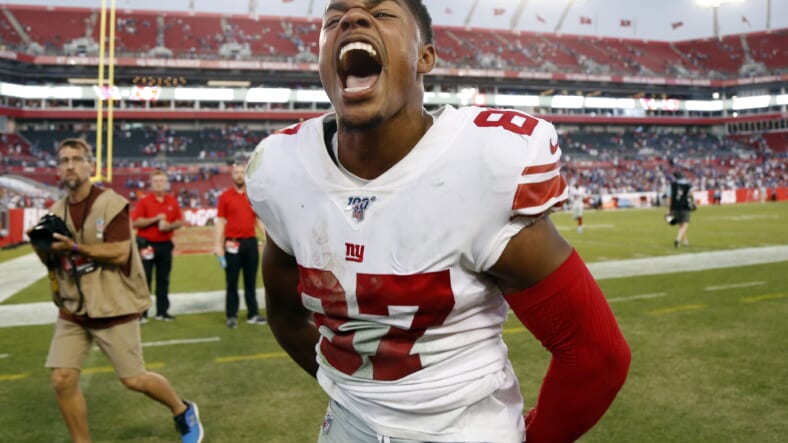 New York Giants wide receiver Sterling Shepard only played in 12 games last season, but it looked like the Giants were getting their money’s worth for the time he was on the field. Shepard was one of the most threatening receivers to opposing defenses in 2020 and at times, it looked like some of his catches made Daniel Jones look better too.

The effort was ultimately one of the saving graces for the Giants during a year when the offense was all around poor, and it earned Shepard some recognition as Pro Football Focus compiled their position rankings for 2020. Shepard just barely made the cut, but was placed in the top 25 for his position.

Shepard closed out his 2020 campaign with his two best games of the entire season, subsequently squeaking him into the top 25 with a 79.6 PFF grade for the year. He was one of 85 wide receivers to see at least 80 targets this season, and among that group, he was 11th in the percentage of catchable passes caught at 94.3%. Shepard hardly did anything vertically in Jason Garrettâ€™s offense, but he jumped to 16th in receiving grade on non-vertical route targets.

As mentioned in the article, one of the big obstacles for the Giants passing game last season was Jason Garrett’s offense. The Giants didn’t make much happen down the field and the lack of creativity from Garrett allowed defenses to figure the Giants out somewhat. While receivers had trouble getting separation this year, some of the blame has to fall on the staff for not mixing things up and catching defenses off guard with different looks.

Going into the next season, the Giants may or may not have a more vertical threat as their number one wide receiver. However, Shepard should benefit either way from this setup. After all, if defenses are focusing on another player over the top, that opens up more chances for Shepard as a secondary receiver.

And with Darius Slayton not making the jump forward many expected in 2020, Shepard still might be the most reliable receiver the Giants have on the roster right now.