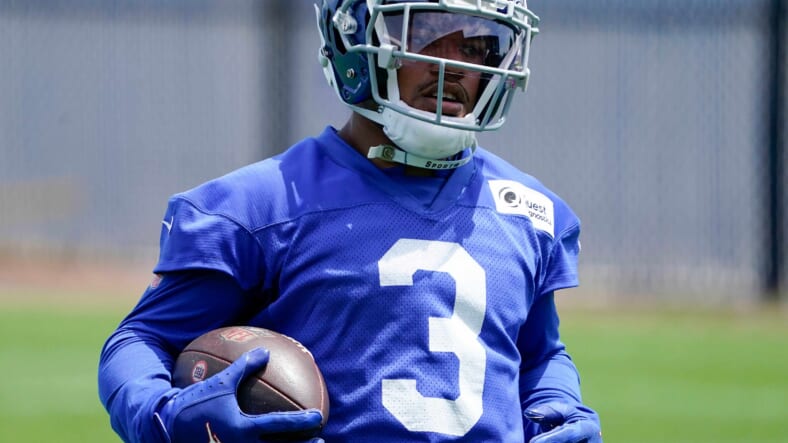 As the New York Giants head towards week 5, they’re still dealing with injury problems for some of their top offensive talents. The Giants were missing two notable receivers, Sterling Shepard and Darius Slayton, against the New Orleans Saints. The hope is that the pair will make their return in week 5 when the Giants head to Dallas, but their status on the injury report shows they aren’t over their injuries just yet.

Quite the list of players who didn’t participate in Wednesday’s really light practice/walkthrough:

Neither Shepard nor Slayton participated in the team’s walkthrough and light practice on Wednesday.

With that being said, the situation isn’t all bad. While they didn’t participate with the rest of the team, they did work out separately and put in some work on a side field. Furthermore, Joe Judge was confident enough to publicly take an optimistic position on getting them back in time for the next game.

WRs Sterling Shepard and Darius Slayton worked on a side field during Wednesday’s low-tempo/walkthrough practice. Both coming back from hamstring injuries. Still have a ways to go, although Joe Judge used the word “optimistic.”

Shepard specifically is a major player on the offense whose presence or absence will likely have a large impact. As others struggled with injuries, Shepard came into the season as the top wide receiver and played in more than 90% of the Giants’ offensive snaps in their first two games.

The wide receiver duo aren’t the only ones on the injury list at the moment. Jabrill Peppers, Andrew Thomas, Leonard Williams and Kaden Smith also sat out practice on Wednesday.

The Cowboys are entering Sunday’s game as favorite by nearly a touchdown. It’s clear the Giants have a chance at beating them, after they showed a step up in their upset win over the Saints, but the health status of several players could make the task far tougher.

We saw John Ross step up in week 4 due to the injuries. It remains to be seen if a similar step up from a backup will be needed in week 5.