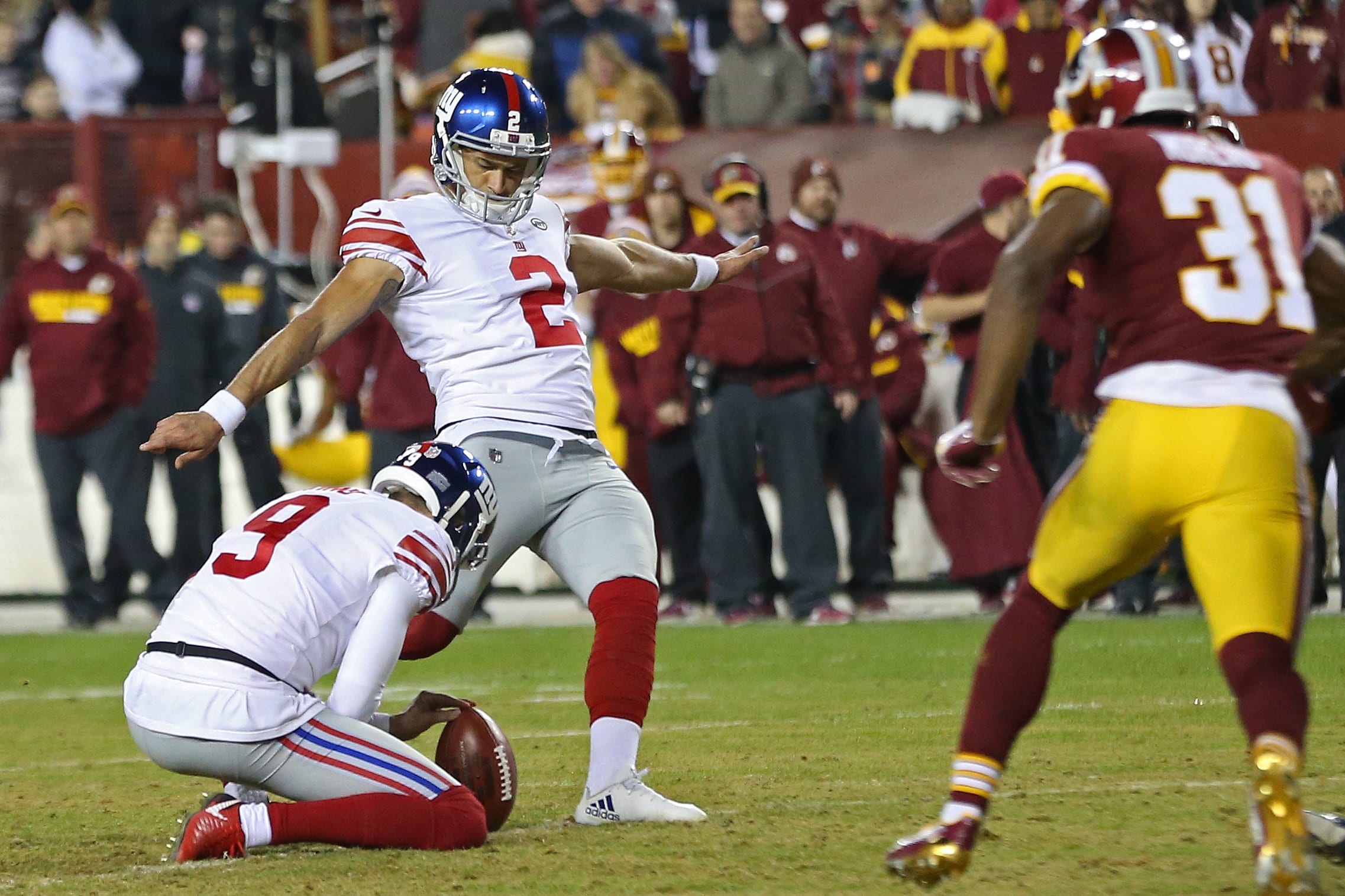 All of the botched punts, wide field goal kicks, and missed tackles on special teams only scratches the surface of struggles the New York Giants endured in 2017. Special teams played a big part, and general manager Dave Gettleman has made it a priority to turn the unit around in a big way – signing several key contributors to bolster the punting unit.

Following last season, Pro Football Focus ranked the Giants’ special teams unit dead last in the league, making it a must-upgrade group going into the offseason. The special teams cost the Giants several games last year that could have given them the momentum to win a few extra matches. In the end, we got Saquon Barkley out of the nightmare of a season, but the confidence and morale we lost will never be returned – unless a Super Bowl comes crawling across our desk in the next three years.

In the week 15 loss to the Eagles, the Giants’ special teams unit had an extra point, punt, and field goal blocked. The lack of effort displayed was of full display, and it was the epitome of a team that fell apart at the seams the very moment Odell Beckham Jr. broke his ankle in week five.

Gettleman has worked diligently to improve the struggling unit, as he released punter Brad Wing and signed Riley Dixon through a trade with the Broncos. Dixon is currently in the lead for the starting job. The Giants also signed Taylor Symmank to provide competition.

In terms of the kicking unit, Aldrick Rosas remains the assumed place-kicker for the Giants. While he only made 72% of kicks last year, he will be looking to turn it around in 2018. So far in practice, Rosas has struggled with consistency issues, failing to make consecutive kicks. He has his good days, but he also has his bad. In my opinion, if your kicker isn’t consistently making kicks in practice with no pads on, there’s no way he will make them in games – especially in big moments. The Giants brought in Marshall Koehn to provide competition with Rosas.

New #Giants safety @Michael31Thomas has been making plays in coverage during OTAs.

His calling card with the #Dolphins came on special teams though.

The Giants signed safety Michael Thomas to provide aid on special teams. He’s one of the best in the business, earning PFF special teams player of the year awards in 2014, 2014, and 2017. He will be most active on the upgraded unit, despite his position as a safety.