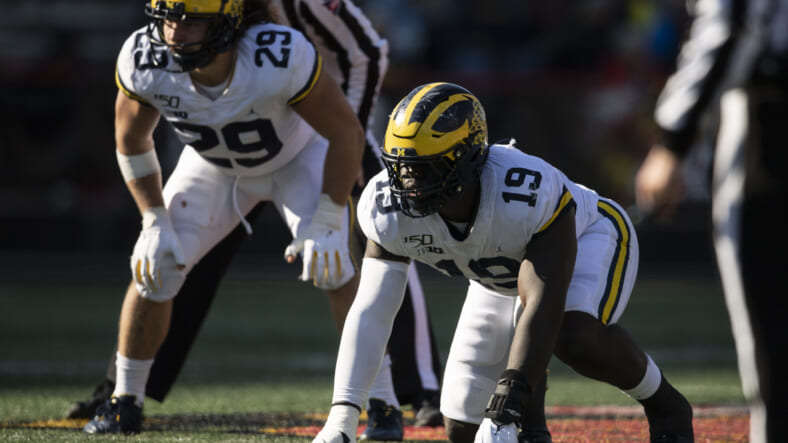 The common consensus is that the New York Giants aren’t going to trade down with the number eleven overall pick, but the jury isn’t out on which position they’ll target. Both wide receiver and pass rusher have been stated as positions the Giants may address. Offensive tackle Rashawn Slater has also made it into the conversation despite the uncertain outlook of his position as an NFL player.

However, according to SNY’s Ralph Vacchiano, sources around the league are predicting the Giants to go for the pass rusher option before anything else. That’s even if Alabama receivers DeVonta Smith and Jaylen Waddle are on the board when the Giants make their selection.

Nothing is set in stone with two weeks to go until the draft in Cleveland, but multiple NFL sources told SNY they sensed that the Giants were leaning towards taking a pass rusher in the first round of the draft. Whether they really would pass on Smith and Waddle isn’t completely clear, but one source said the Giants have “done a lot of work on” the top edge rushers who could go in Round 1.

The Giants were previously mocked to Gregory Rousseau in many mock drafts, but his stock appears to have fallen. These days, option such as Kwity Paye and Azeez Ojulari have taken up more attention when it comes to pass rusher predictions.

But even with that being said, the Giants are still somewhat of a wild card in this draft. Wide receiver is less of an urgent need compared to the start of the offseason, and other predictions have even seen the Giants going for linebacker Micah Parsons or cornerback Patrick Surtain.

Just like when the Giants took Andrew Thomas, we won’t know what the team is really thinking until draft night.