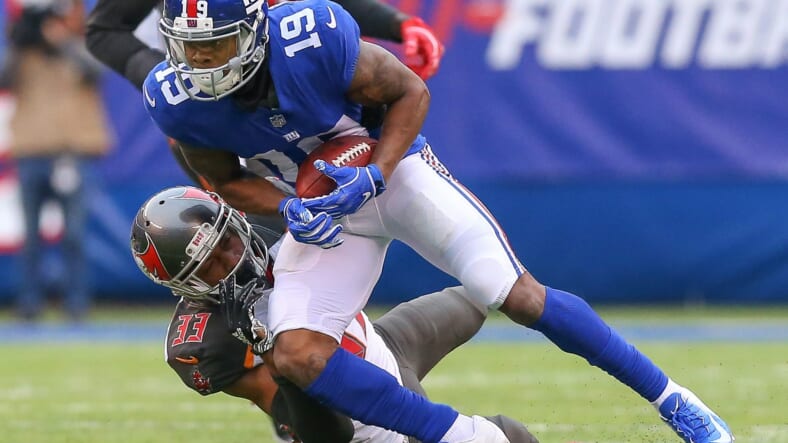 Giants are signing WR Corey Coleman to their practice squad, per @art_stapleton

Love this move — give him a chance to earn some reps and knows some of the playbook. Can’t hurt.

Coleman is the more notable name of the three, having spent the last two seasons with the Giants, despite not leaving his mark as a former first-round pick.

In 2018, he played in eight games, hauling in five catches for 71 total yards. His lack of impact did not help his cause, and the Giants were expecting big things from him in 2019 before he tore his ACL during training camp.

Coleman stuck around this season during camp but was eventually let go in favor of former Brownâ€™s receiver, Damian Ratley.

Ratley has since been released, and the Giants are taking another gander at Coleman, who will likely be activated as a kick returner and reserve receiver.

Currently, the Giants have been utilizing back-up CB Corey Ballentine as a primary kick returner, but Coleman offers more versatility and experience at the position. In addition, with a lack of healthy receiver, it’s a positive move to re-sign him considering he knows a portion of the playbook and can likely acclimate for efficiently to the offense than an outside option.