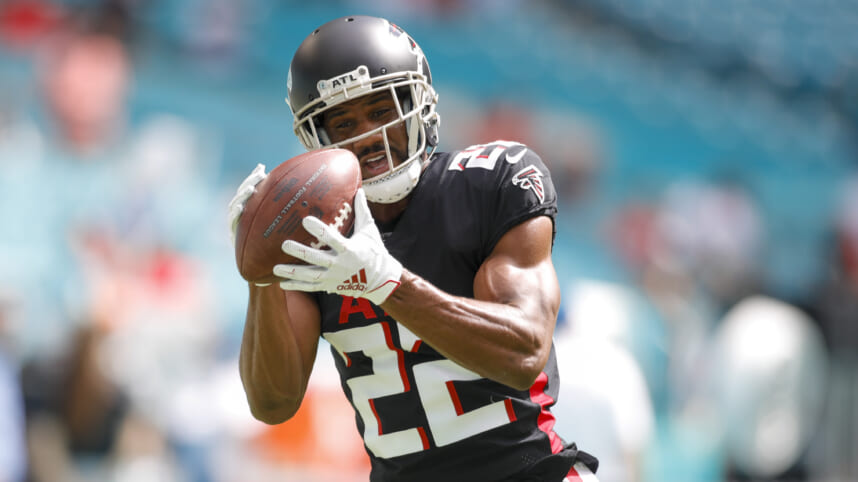 The New York Giants desperately need more secondary help ahead of the 2022 regular season. With a thin roster in the first year of a rebuild, the Giants took to the waiver wire to help bolster several spots of need, notably in the secondary.

Unfortunately, the Giants weren’t able to find any solid free agents or waiver wire claims to immediately provide support. They did scoop up Justin Laybe and Nick McCloud off waivers, but neither is expected to make a significant difference in a cornerback unit consisting of Adoree Jackson, Aaron Robinson, Darnay Holmes, and Cor’Dale Flott.

Currently, Robinson is penciled in as the CB2 alongside Jackson, but he struggled considerably during the preseason, presenting a major issue for management. There are serious concerns he can’t hold up against first-string offenses, especially teams that have strong wide receiver groups.

The New York Giants bringing in a veteran corner:

Moreau has five years of NFL experience, playing a career-high 1,036 snaps last year, posting a 55.2 coverage grade, per PFF. He tallied 50 tackles with a 12.5% missed tackle rate and 15 stops. However, he was picked apart in coverage, giving up 523 yards and seven touchdowns with a 65.8% completion percentage against.

Moreau played in 16 games for the Falcons in 2021, providing solid tackling capabilities but struggling in coverage for the most part. He had a few solid games in the middle of the season, giving up 0 yards on two targets against the Carolina Panthers in Week 8 and 36 yards on seven targets against the New Orleans Saints in Week 9. He also had a stellar performance against the Detroit Lions in Week 16, giving up 34 yards on four targets. However, his stats are otherwise uninspiring, being hit with 11 penalties to boot.

Unfortunately for the Giants, Moreau will likely be elevated to the active roster at some point in the next few weeks, as he waited patiently for an opportunity to present itself. The Giants need starting experience in the secondary, and with Robinson only having a year under his belt, Moreau is immediately in line to steal starting snaps if he struggles against the Titans in Week 1.