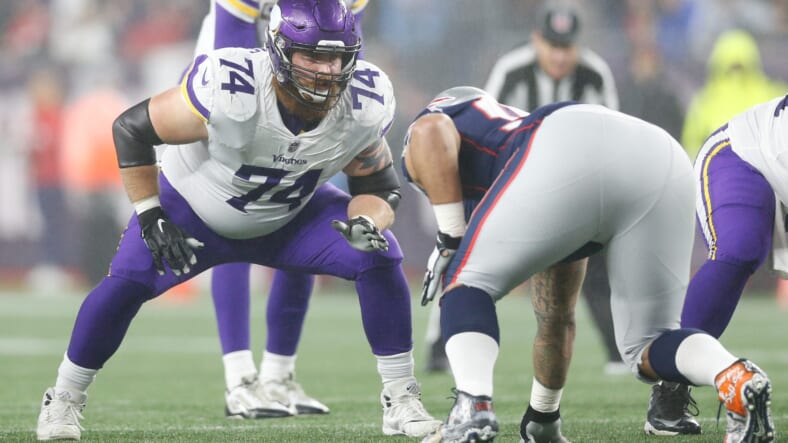 The New York Giants had very limited quality at right tackle just a day ago with second-year man Chad Wheeler featuring at the position.

Today, they signed former Minnesota Vikings RT Mike Remmers to a deal. This immediately objects more quality and the potential for a position battle on the offensive line.

The Giants already traded for right guard Kevin Zeitler to further upgrade the unit. In just two years the Giants completed the rebuild of the line after years of neglect from former general manager, Jerry Reese.

The New York Giants offensive line look like this:

Remmers is coming off a serious back surgery that has kept him off the field for quite some time. His physical went well dictating the Giants signing the veteran.

The #Giants and newly signed RT Mike Remmers agreed to terms on a 1-year deal worth $2.5M, source said. He gets $1M fully guaranteed and another $1.5M available that can bring it to a max of $4M with play-time incentives. A nice deal this late in the offseason.