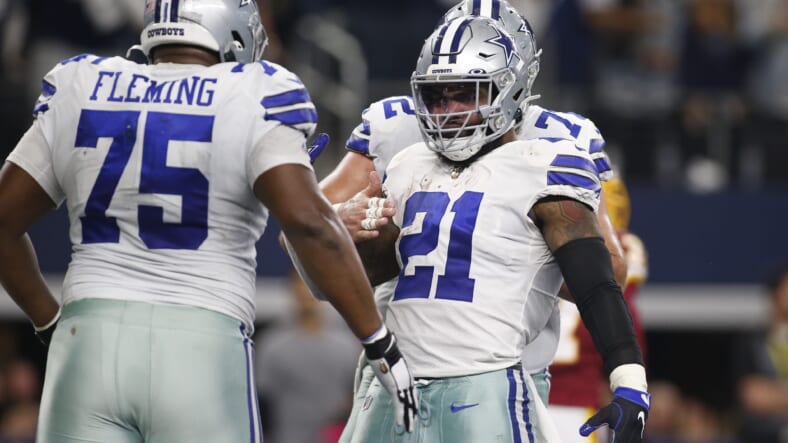 Another familiar face for the coaching staff, the New York Giants signed offensive tackle Cam Fleming to a one-year deal worth up to $4 million, according to NFL Network’s Mike Garafolo.

Fleming, at 6-5, 320 pounds, is going into his seventh season in the NFL and has played the past two seasons with the Dallas Cowboys. He played under both Jason Garrett and Marc Colombo after spending his first four seasons in New England with Joe Judge.

his familiarity with the coaching staff makes him a solid add, and being that it’s only a one-year deal, the Giants can move on in a different direction next season if they so choose.

This move indicates that the Giants might not be looking to draft an offensive tackle in the 2020 NFL Draft, as standout defender Isaiah Simmons will likely be available with the 4th overall pick.