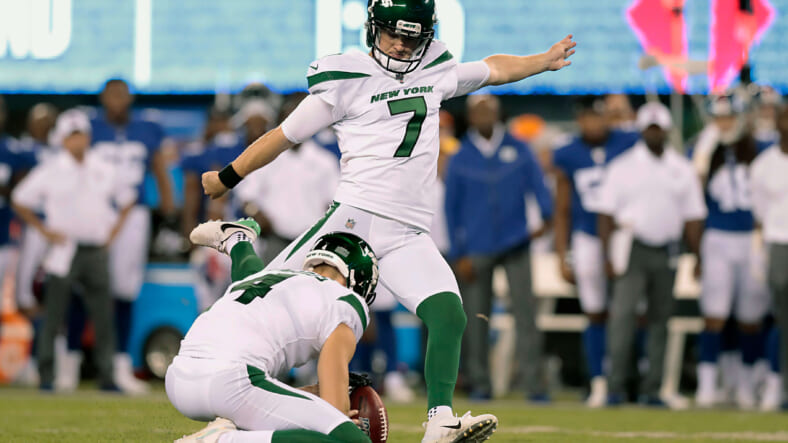 In the wake of the New York Giants releasing Aldrick Rosas after a hit-and-run incident several weeks ago, they have now signed former Arizona Cardinals kicker, Chandler Catanzaro.

Catanzaro has a career 83.8% field goal percentage and spent time with the Carolina Panthers and Tampa Bay buccaneers in 2018. He did not play in 2019, but it is ready to return on a cheaper deal.

The Giants saved $3.3 million in cap space from the release of Rosas, and Catanzaro would likely cost far less. This will allow them to utilize their open salary space elsewhere.

In 2018, Catanzaro was 27 years old. He will be 29 going into the 2020 season and struggled at times with both teams. His extra point completion percentage was 85.7% and recorded touchbacks 80% of the time on kickoffs.

The Giants have seemed to acquire a sour taste for kickers in the franchise, following the Josh Brown debacle, and now Rosas dealing with his own legal issues. The Giants have not had an easy summer, and head coach Joe Judge has dealt with blow-after-blow since signing on with New York.

A lack of consistency at the kicker position tortures some teams, so hopefully, Catanzaro can be a consistent threat. I wouldnâ€™t be surprised if the team brought in another kicker to compete during training camp.