New York Giants: Should Patrick Graham be considered for HC positions in 2021? 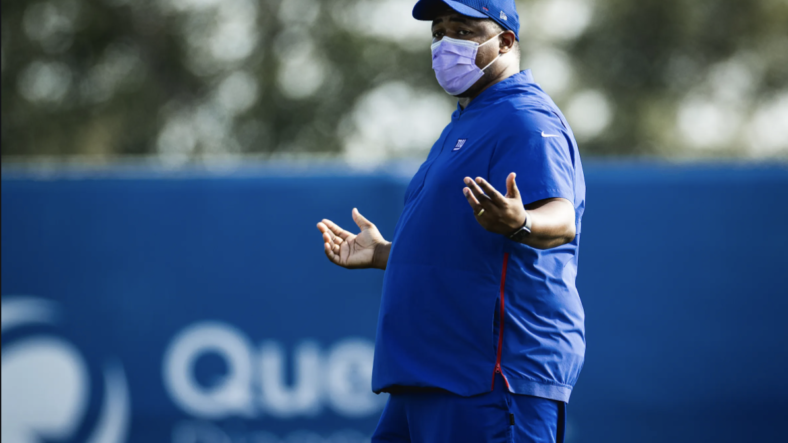 The New York Giants managed to emerge victorious on Sunday over Cincinnati despite Daniel Jones injuring his hamstring. With 34-year-old veteran Colt McCoy under center in the second half, the Giants relied heavily on their defense and running game to preserve the win. With relentless play style and brilliant game planning by Defensive Coordinator Patrick Graham, the Giants’ defensive unit held the Bengals to just 155 yards of total offense. It’s because of this that Graham’s impact should not go unnoticed.

Since their Super Bowl victory over the Patriots in 2011, here is where the Giants’ defense has ranked in both points and yards allowed:

Through eleven games in 2020, the Giants’ defense under Patrick Graham currently ranks ninth overall in both points and yards allowed. A significant improvement from the past three seasons. The last time the Giants were ranked top ten in both of the above categories was also the last time they made the playoffs in 2016. Coincidence? Not exactly. The one noteworthy difference between the 2016 unit and the 2020 unit, aside from the coordinator, was the number of playmakers. In 2016, Landon Collins was a legitimate DPOY candidate, and Damon Harrison was the best run-stuffing DT in the NFL.

Collins and Harrison both have found new homes in Washington and Detroit, respectively, since the Gettleman regime took over in 2018, and the defense has been more or less completely overhauled. Now the Giants’ fresh young core with players like Julian Love, Jabrill Peppers, Dexter Lawrence, and Dalvin Tomlinson have a very bright future ahead of them. Not to mention significant improvements in the secondary with veterans like Logan Ryan and James Bradberry, who are both having stellar seasons. Just imagine if second-round pick Xavier McKinney had been healthy to start the season. Graham would have a field day with the possible packages of McKinney alongside Peppers and Love.

So what’s the common denominator? That would be Patrick Graham. If you are just a casual Giant fan, when the coaching staff was revamped after the 2019 season, the candidates chosen were not exactly the big names we were expecting. So far, fans should be very comfortable with what we have seen from Joe Judge so far. Judge’s decision to bring in Graham, who was most recently the DC for the Dolphins in 2019 and had also worked with Judge in New England in the early 2010s, will end up being one of the smartest hires of the offseason.

Graham, a Yale graduate, has already significantly improved this Giants defensive unit in just his first season. Defensive-minded coaches are always a gamble in the modern offensively driven NFL. However, with already three coaches fired during the season so far, and likely more to follow, don’t be surprised if Graham’s name will generate some buzz.