New York Giants: Shane Lemieux unlikely to be ready for the season opener 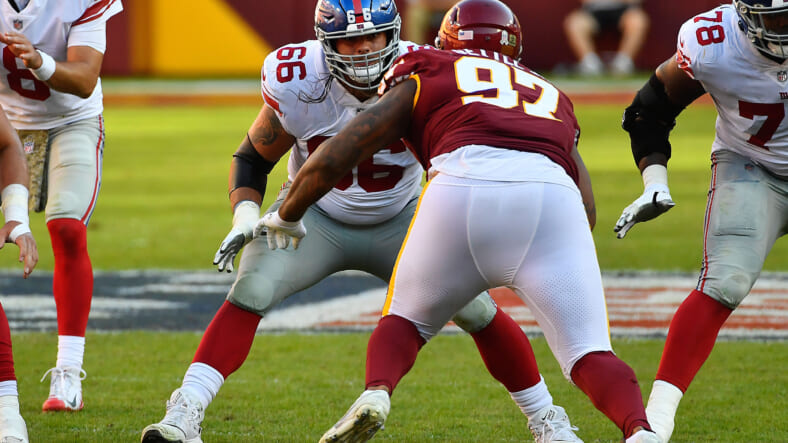 The New York Giants have endured a wave of injuries on their offensive line. Most notably, starting left guard Shane Lemieux suffered a foot/toe injury that kept him sidelined for most of the preseason. Brian Daboll recently discussed Lemieux’s injury, saying he does not expect the third-year left guard to return to action”anytime soon.”

How can the Giants supplement the loss of Shane Lemieux?

Brian Daboll says that Shane Lemieux will “probably not” be ready for Week 1. Additionally, there is speculation that Lemieux could start the season off on the injured reserve list. Lemieux was the projected starter at left guard entering this season. Shane Lemieux was also set to begin last season as the starter. However, his season was cut extraordinarily short due to a knee injury.

Once again, Lemieux’s season is being hampered with injury. The New York Giants will need to supplement the loss of Shane Lemieux ahead of the regular season. With Joshua Ezeudu also injured, the options are thin at left guard.

Third-string guard Max Garcia could open the season as the Giants’ starter on the left side. Garcia has received increased playing time this summer in Lemieux’s absence. But training camp competition is still underway. Ben Bredeson could make a push for the position, as could Josh Rivas who was recently signed and served as the second-string left guard in the Giants’ Week 2 preseason game.

Additionally, there is the possibility of late-summer signings off of the waiver wire. The Giants could work the waiver wire and put a claim in on any offensive linemen that get placed on the wire. More competition needs to be added as the Giants’ left guard depth is rather thin.