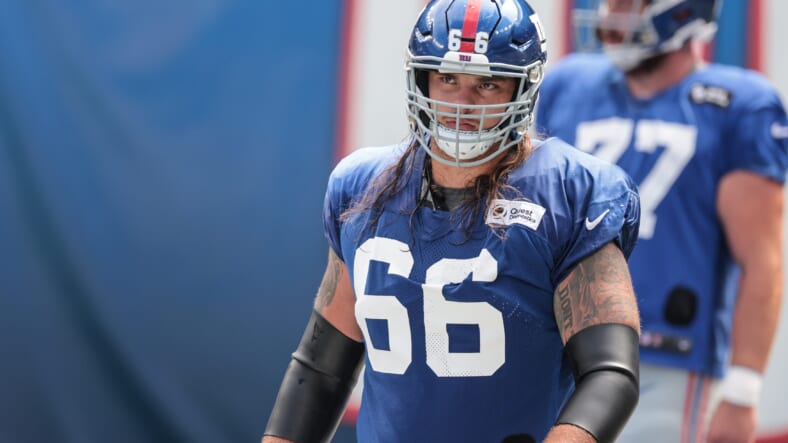 The New York Giants have taken another loss on the offensive line, but not a surprising one. This time, it’s guard Shane Lemieux that has been marked as out for the season after undergoing surgery on his knee. The surgery is to repair his patellar tendon, after sustaining an injury during training camp and attempting to play through it before deciding on surgery.

#Giants OL Shane Lemieux underwent surgery today to repair his patellar tendon, the injury he attempted to play through. He’s out for the rest of 2021.

Lemieux was on the field when the Giants took on Denver in week 1, but it wasn’t a long day for him. He played 18 snaps before being taken off for newcomer Ben Bredeson, and was absent for the next game. Some of the questions towards the coaching staff after the game were about whether Lemieux would undergo surgery, but no immediate response was given.

Now, we know that Lemieux will miss the rest of the season after surgery turned out to as the only viable option.

This is the second major injury that the Giants are dealing with on the offensive line. The other one, of course, is the leg fracture that will leave Nick Gates out for the rest of the season. Thanks to these two injuries, the Giants have effectively lost two of the players that they expected to start this season on the O-line and will have to rely on a far more unproven lineup.

There’s been talks recently about moving Matt Peart to guard, but those talks no longer seem like speculation. With Lemieux not coming back this season, a change of place for Peart might just be a necessary move for the offensive line’s depth in a season where the position group is especially thin.