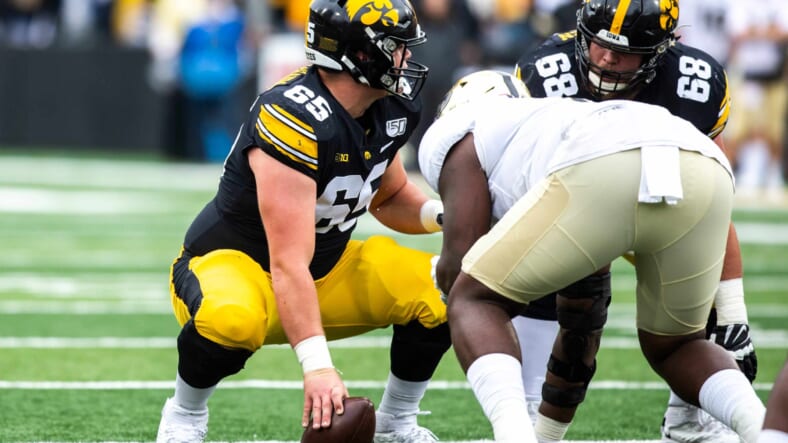 The New York Giants are a bad football team. The Giants are 3-7, just fired their offensive coordinator, and have not sniffed the playoffs since 2016. Thankfully for the Giants, the Chicago Bears are awful, too.

In the 2021 NFL Draft, the Giants traded down in the first round amidst a blockbuster trade with the Bears. The Bears gave the Giants a slew of draft picks (including their 2022 first-round selection) to move up to 11 overall and select Justin Fields.

Most fans recognize that it is time to turn some of their attention toward the draft. The Giants’ possession of the Bears’ first-round pick makes the anticipation for the draft that much more intense. With the Giants at 3-7 and the Bears at 4-7, the likelihood of New York holding two top-ten picks is seemingly high. Holding two first round draft picks sets the Giants up for a bright future (as long as they have a competent general manager to make the selections).

If the Giants want to add a bookend to the other side of their offensive line, they should look no further than Alabama tackle Evan Neal. Granted, Neal could end up being a top-three selection, but if the is on the board for the Giants, pairing Evan Neal with Andrew Thomas would be a home run.

Evan Neal has only given up 3 sacks on over 1,100 career pass-blocking snaps (PFF). Having Evan Neal and Andrew Thomas as the team’s two starting offensive tackles would set the Giants up with a long-term plan on the offensive line.

Twitter lit up on Saturday afternoon as Aidan Hutchinson, one of the NFL Draft’s top prospects this year, put together a dominant performance for Michigan. Hutchinson broke a record, recording his 13th sack of the season, which is the most sacks in season by any Michigan defender, ever (PFF).

The Giants have a clear need for a top-end pass-rusher. If they could land Aidan Hutchinson, that need would be more than satisfied. Hutchinson won’t last long, though. At this point, he appears to be a top-five lock. But if the New York Giants are lucky enough to draft Aidan Hutchinson, they would be transforming their defense for a long time.

Linderbaum possesses the natural movement skills and functional athleticism to be a high-end starting center in an outside/wide zone Shanahan-style offense. The quickness in which Linderbaum gets out of the blocks is super impressive and you can see his wrestling background shine with his ability to win leverage points and successfully claiming gaps even if heâ€™s leveraged at the snap. – The Draft Network

As the Giants look to replace Jason Garrett and rebuild their offensive scheme, some consideration must be given to the Shanahan-style wide zone offense that has proven to be so successful for many teams. If that is the direction the team decides to go in, then Tyler Linderbaum should be near the top of their list of targets in April.