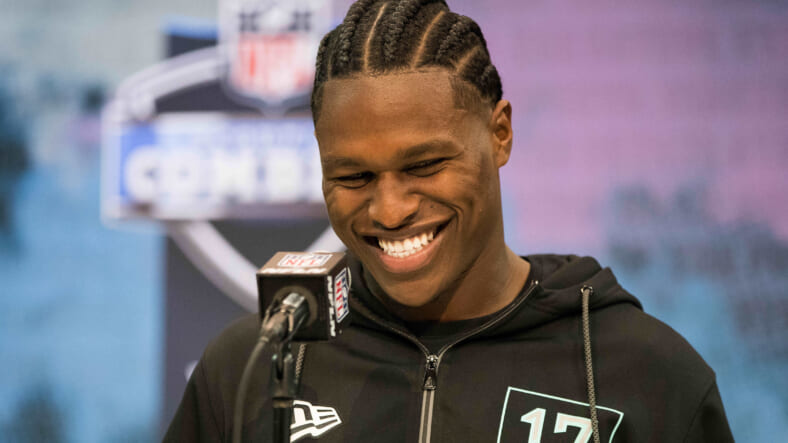 The New York Giants landed cornerback Darnay Holmes with their first pick on day 3 of the NFL Draft:

The Giants elected to go cornerback with their first pick on day three of the 2020 NFL draft. UCLA defender Darnay Holmes was the selection, standing at 5-foot-10 and 195 pounds.

Heâ€™s a bit undersized but runs a speedy 4.48 40 yard dash. Despite his small frame, he is strong and has an aggressive mentality. He is a high upside corner that will likely be a strong special-teams player for the future. His big negatives are having tight hips and a lack of instincts in coverage, and can sometimes fall off of routes. These are all significant questions for a cornerback taken in the third round.

Despite those apparent issues, Holmes is a high character guy who can act as a leader. He has the physical traits to develop nicely and become a producer for the Giants, but I wouldnâ€™t bet my chips that he earns starting reps anytime soon. He can be a kick returner, but I see him as a special teamer for the next few seasons.