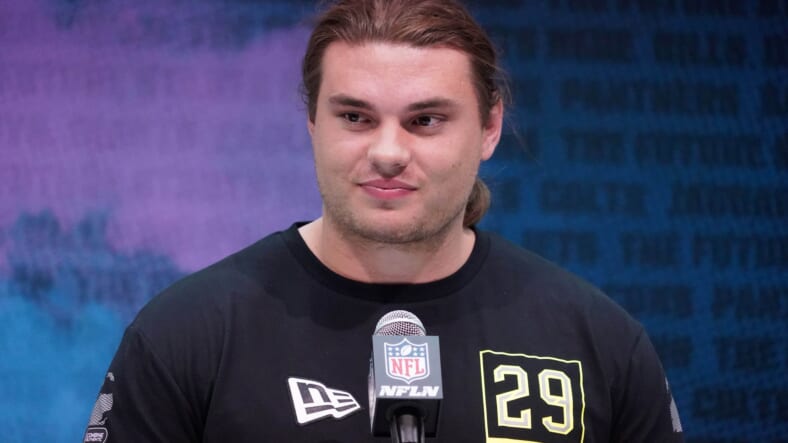 With the 150th pick in the 2020 NFL Draft, the New York Giants selected guard Shane Lemieux out of Oregon.

Shane Lemieux was a four-year starter for Oregon, starting 52 games at left guard. Lemieux has been referred to as a team leader who leads by example by Lance Zierlein of NFL.com. He is very strong, quick for his size, and has the potential to start in the NFL. Zierlein described Shane as the prototype of a physical, blue-collar guard.

Lemieux seems to be stout in the run game but has had some struggles in pass protection. He will not be an instant starter with the New York Giants and will have time to sit behind one of the league’s best in Kevin Zeitler and develop.

Shane Lemieux is the third offensive lineman drafted by Dave Gettleman and the Giants in 2020. After drafting Andrew Thomas fourth overall, New York doubled down on the tackle position with Matt Peart with the 99th pick. Now they have added depth to the guard position with Oregon’s Shane Lemieux. He joins a young core of lineman that already had Will Hernandez and Nick Gates in place.