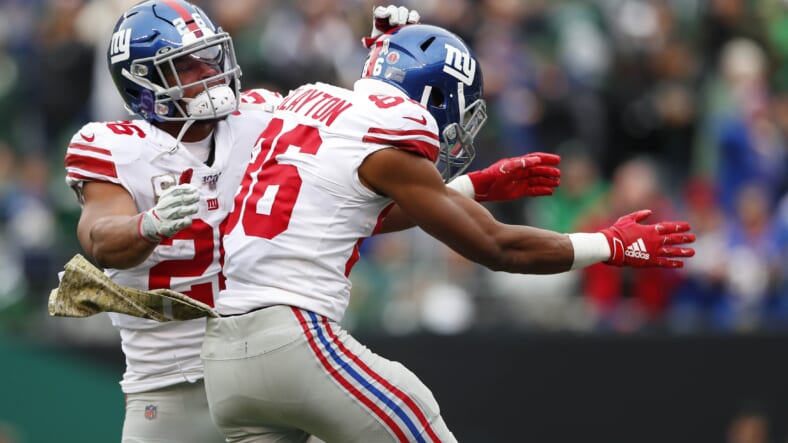 2021 is going to be a make or break season for Saquon Barkley and the New York Giants. Barkley obviously missed the vast majority of last season with an ACL tear, and the Giants struggled in the running game most of the year without him. Barkley is coming back this season, and the main goal will be to stay on the field the whole year and play the most snaps since his rookie season.

But in the time between now and then, where Barkley has suffered from injuries in both seasons in between, some might have forgotten just how good of an addition Barkley was to the offense.

That might be what motivated Barkley to retweet some of his old highlights, with a new message. According to him, we haven’t seen nothing yet from him.

Based on reports so far this offseason, Barkley’s recovery has been going well and we should see him on the field in time for the season opener if there’s no setbacks. This will be a big season for him not just because the Giants have improved the offense in other areas this offseason, but because it’s time for Barkley to start earning the mega-contract that he’ll be in the market for when his current deal is up.

Signing Barkley to a mega-deal would have been an obvious decision if his play had been consistent with his rookie season for his entire career, but his injuries have thrown more doubt into the mix because it’s been a couple years since we’ve seen him at his peak.

All of that should just serve as motivation during a season where Barkley has a lot on the line from both a team and personal point of view. And so far, it looks like that motivation is being taken to heart.