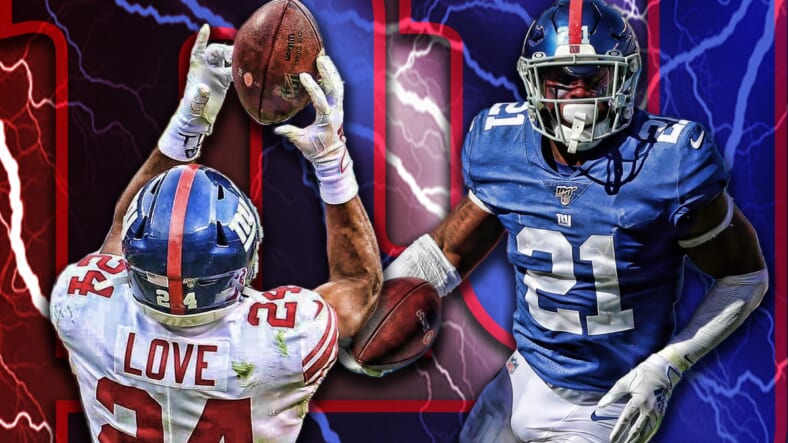 Taking a look at the revamped New York Giants secondary for 2020:

Reflecting back on 2019 can bring up bad memories for New York Giants fans. In last yearâ€˜s NFL draft, general manager Dave Gettleman made it a priority to acquire multiple young cornerbacks.

Drafting DeAndre Baker, Julian Love, and Corey Ballentine, his goal was to set a foundation in the secondary and hopefully build something special for the future. Their youth undoubtedly showed up on tape last year, while they struggled to develop into immediate starters.

However, the anticipation is that Baker and Love will take significant steps forward in 2020, but losing Janoris Jenkins in the latter portion of the 2019 campaign hurt their chances of success.

That led to Gettleman and head coach Joe Judge allocating cap-space to bring on a new number one corner. Former Carolina panther James Bradberry was their choice, and he brings plenty of talent and the ability to slide into the slot position if need be.

He will essentially cover opposing team’s number one receivers, following them around the field and mirroring their routes.

Bradberry posted impressive numbers in 2019, including 12 passes defended, 65 combine tackles, a 59.8% completion rate, and allowed just one touchdown. While his completion percentage increased about 15% from 2018 to ’19, he lowered his touchdown totals from 6 to 1, a massive difference. He also saw his missed tackle rate jump about 7%, but those issues can be solved with quality coaching and an adequate scheme.

Aside from Bradberry, the Giants also have strong safety Jabrill Peppers, who also showed solid development last season. In 2019 before going down with a hip injury and missing the remainder of the year, he posted 76 combine tackles, five tackles for loss, three forced fumbles, and one interception, which he took for a touchdown.

His coverage stats were rather consistent/comparable to 2018 when he featured at free safety for the Cleveland Browns. His 63.9% completion percentage and 12.6% missed tackle rate was adequate but not great. His biggest improvement was in the touchdowns category, lowering the number of touchdowns he allowed from 5 to 1 in just one season. He did play in five fewer games, which is a factor to be considered.

In the 2020 NFL draft, the Giants selected Xavier McKinney out of Alabama with the 36th overall pick. McKinney is a diverse safety, who can also play in the box and rush the passer in specific scheme sets. Defensive coordinator Patrick Graham will ultimately have a field day with McKinney, who is diverse and can be used in multiple ways.

With Alabama last season, McKinney posted 95 total tackles, 5.5 for a loss, three sacks, four forced fumbles, and three interceptions. He was the number one safety on the board, and getting him in the second round was a pure steal.

With a revitalized secondary, the Giants seem to have a better unit going into the future. Their youth and veteran experience at essential positions gives them a solid foundation to build off of. We should be excited about what they can put together in 2020.